A challenging 10.25 mile walk, taking in Tarnbrook Wyre waterfalls, Wolfhole Crag and Whitendale Hanging Stones – at the geographical centre of the UK. 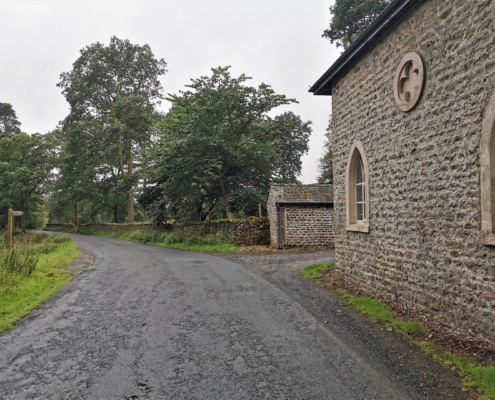 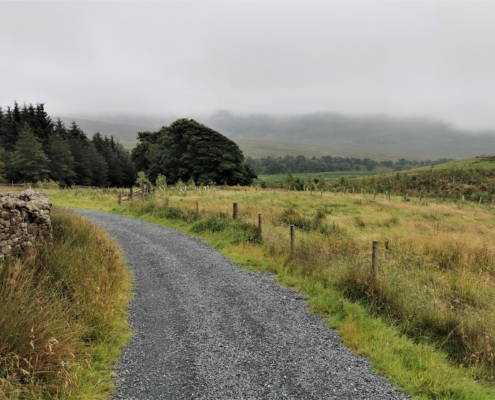 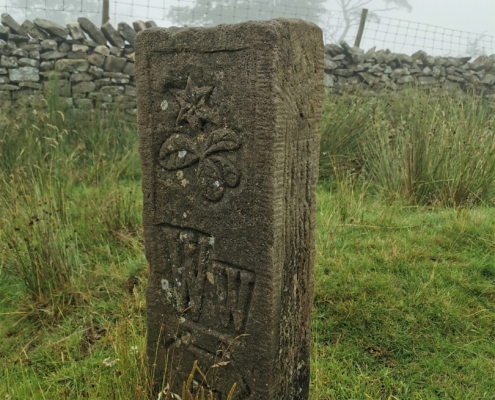 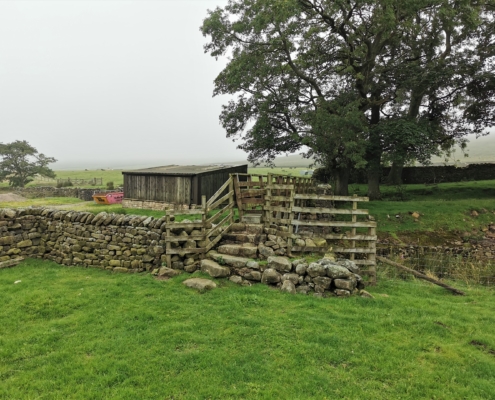 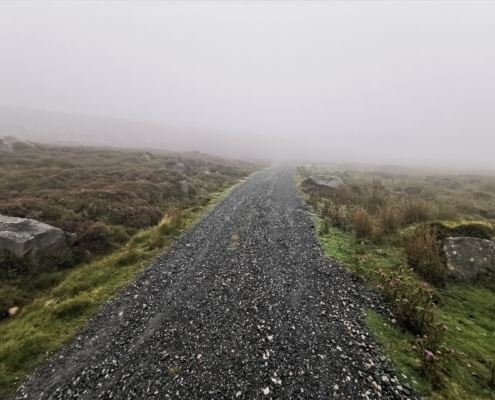 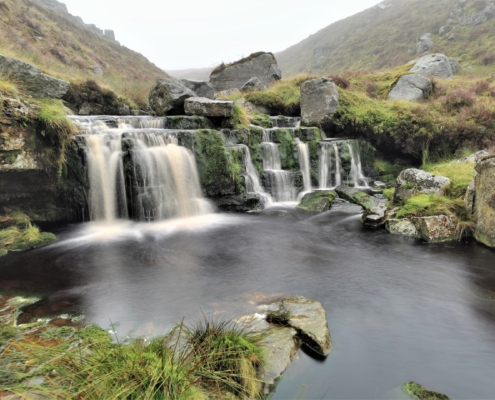 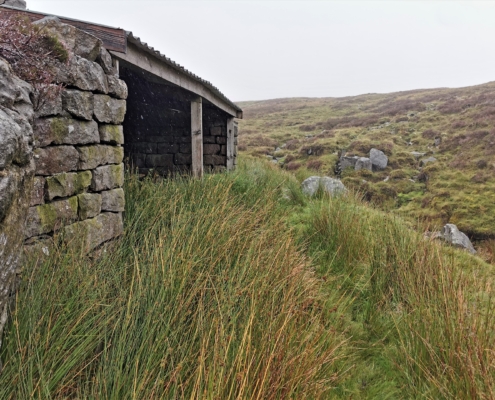 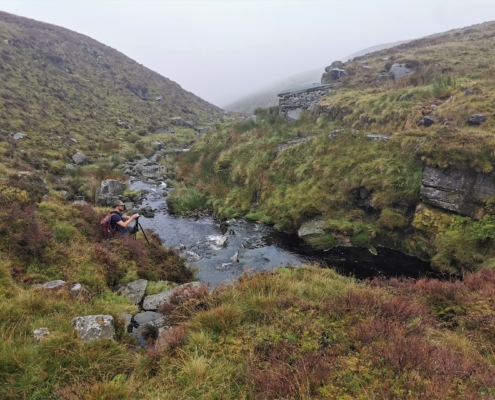 Where is the centre of the UK? – Ordnance Survey

At about 9:30am we met up with Matt from MyPennines & MyYorkshireDales for a walk up to Whitendale Hanging Stones.  The weather was pretty poor, with visibility down to about 50m at best.

Parking at Tower Lodge on the Trough of Bowland, we set off along the Wyre Way track towards Tarnbrook.  There wasn’t much to see or certainly photograph but we remained hopeful that the weather would clear as the sun strengthened towards the afternoon.

The Wyre Way route takes you through ‘Harry Wood’, ‘Spreight Clough’ and ‘Gilberton’ before reaching the shooter’s track at the bottom of Tarnbrook Fell.  From here there’s a fairly steep ascent until you reach the adjoining shooters track, marked as ‘Black Side of Tarnbrook Fell’.

The weather was still poor, with no visibility whatsoever, but we could hear the roar of the waterfalls on Tarnbrook Way.  There is a little scramble down to the falls and we spent a little time taking some photos.

After climbing back up, the track soon reaches an old hut, built into the rocks.  Here we rested for 10 minutes and had a little bit of food.  Soon after we carried on up the very soggy track until rejoining the shooters track over the brook near the source of the River Wyre.

After a little while the track reaches a metal gate where our route took us right along the wall up towards Wolfhole Crag.  The weather seemed to be improving a little, but the report wasn’t good.

Indeed, when we reached Wolfhole Crag trig point it was pretty bleak, but after spending some time eating lunch and playing with the drone, the clouds started lifting, and we finally saw a bit of blue sky.

Frome here, our route took us along the fence in a westerly direction, with a pretty testing time underfoot.  But after a little, with some further bog-dodging, we reached  Whitendale Hanging Stones at the geographical centre of UK.

After a brief stop for some photographs at Whitendale Hanging Stones we went through the fence and tried to find a track down to Brennand Hanging Stones.  We weren’t so lucky with the tracks but we found the stones and continued down through the heather until we reached a footbridge over ‘Round Hill Water’.

From here it was a real slog along the slopes at the foot of Brennand Round Hill, as we made our way up to Millers House.  It was only perhaps an ascent of 50 metres, but it felt like a far more as we were tired, and the heather was thick.

Eventually at Millers House, we rested for 10 minutes and descended towards ‘High Tower Plantation’, looking for a track that was never to be found.  The heather was even denser here, sometimes losing our feet into small channels underneath – so care is needed.

Eventually we reached the drystone wall above ‘Harthole Plantation’, where the views of the Trough of Bowland were fantastic.  We followed the wall back to the track which lead back down to Tower Lodge.  Naturally there was a well-earned pint consumed on the way home at the Inn at Whitwell. 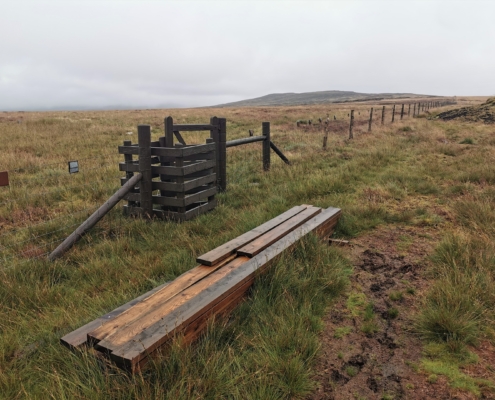 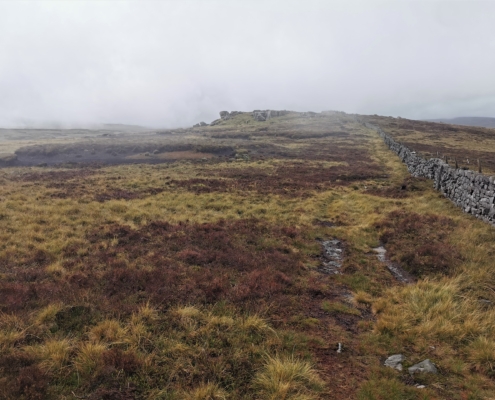 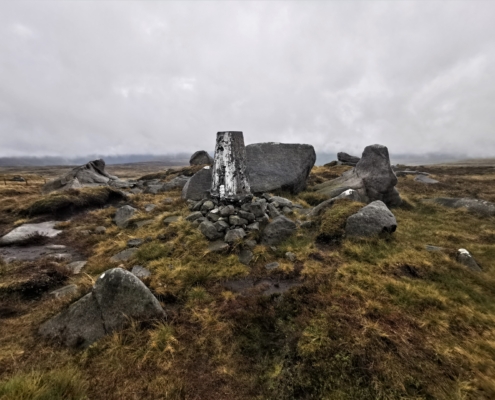 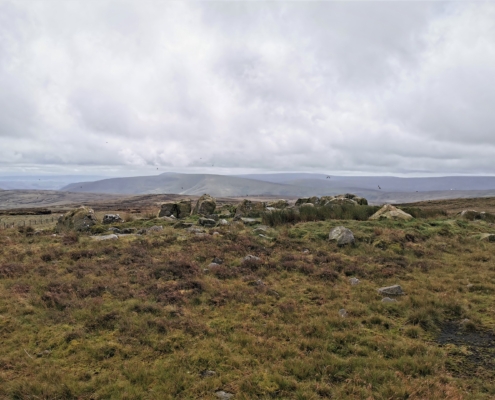 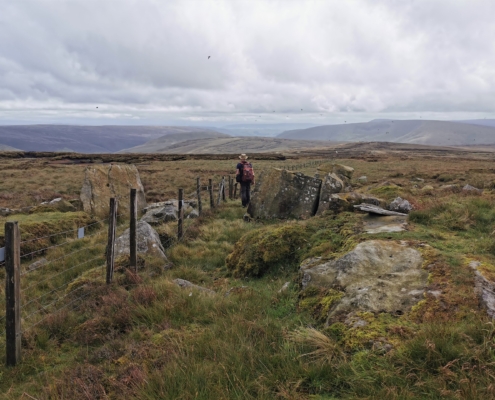 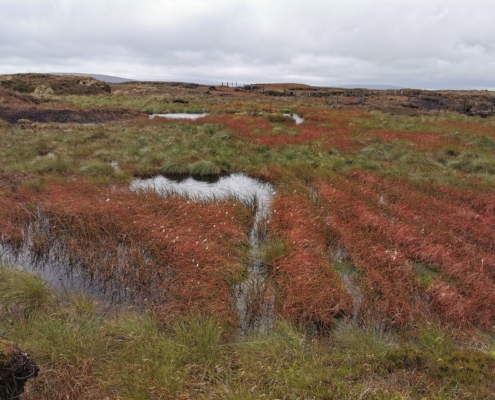 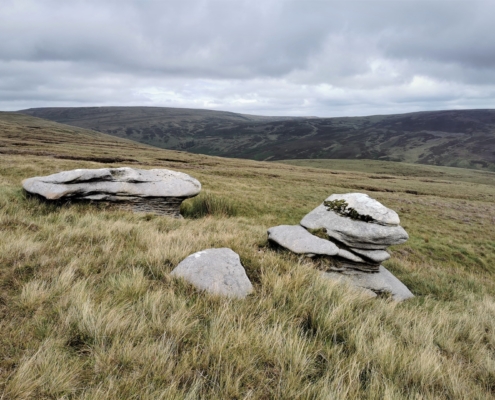 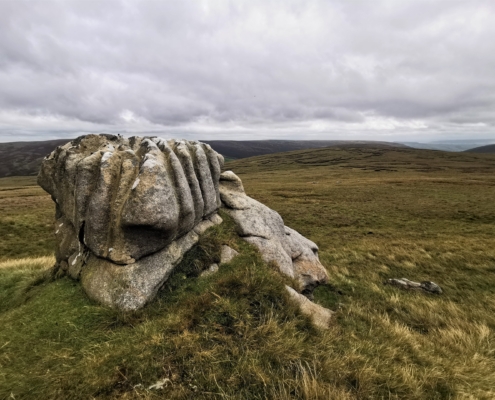 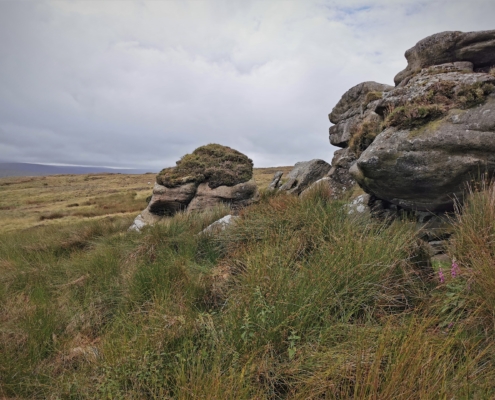 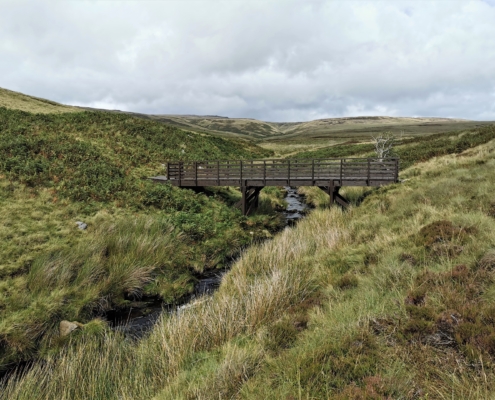 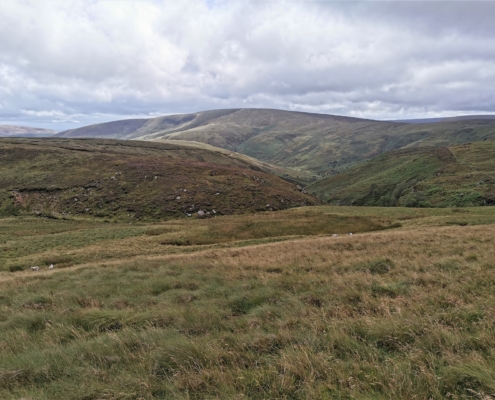 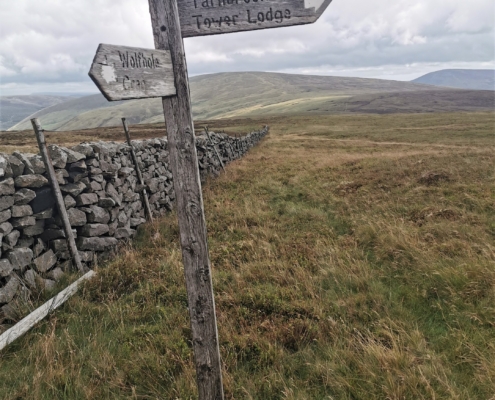 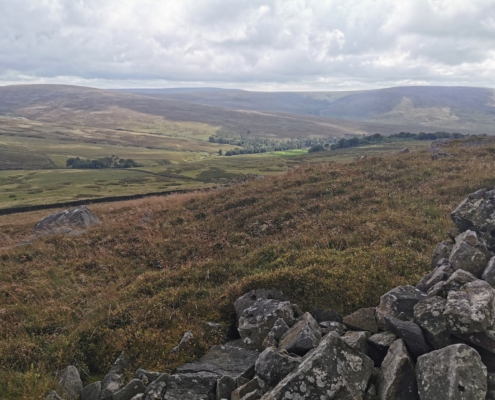 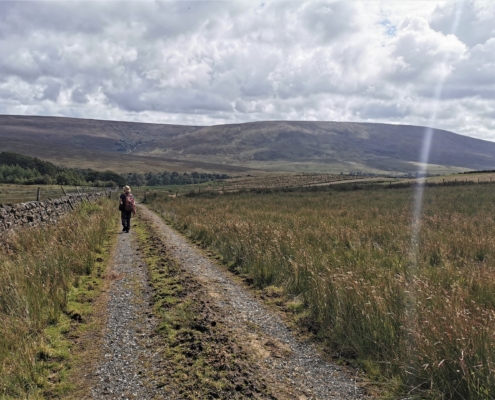 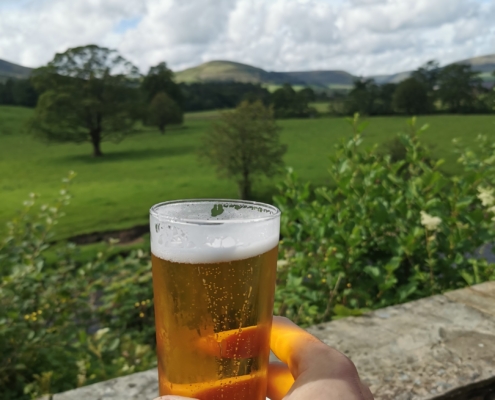