Sabden is a lovely Ribble Valley village set in a stunning landscape by Pendle Hill, which of course is known for the legendary trials of the Pendle witches in the 17th century.  The medium to large sized village is to the south of Pendle Hill and its name is thought to have derived from “spruce valley”.  Old maps of the area show two settlements – Sabden Bridge and Hey-houfes which later developed into a hamlet.

Sabden is situated  in the Forest of Pendle area of the Forest of Bowland (AONB) and is home to Pendle Ski Club’s dry slopes.  For those wishing to use the facility tuition is available for visitors of all ages. The ski club is run by volunteers and is member owned with all profits reinvested in the club.  The dry slopes provide skiers and snowboarders of all levels (beginners to racers) with a unique experience as well as offering instructions to all age groups.

From the 1500s the area was a thriving farming community with many small farms as well as several working quarries in the area.  These industries continued to be the mainstay up to the 18th and 19th centuries when the weaving industry and fabric printing became prevalent in the area.  There were several mills in the village employing in excess of two thousand people often working a twelve hour shift or more.  The success of the industry led to the need to transport various commodities – raw materials, coal, finished goods and people – the Clitheroe, Burnley and Sabden Railway Company was formed but sadly the railway did not come to fruition.  Up until the end of the 19th century Galloway ponies were a regular site in Sabden, carrying coal, slate and lime between the coal fields in Burnley and the lime kilns in Clitheroe.

The river running under Pendle Bridge has its source above Barley, flowing through the beautiful countryside before it reaches the village.  The village’s industrial past meant that the river was very important to the thriving local mills though sadly the majority of which were eventually demolished.  There is a large house by the bridge, once a public house until the 1960s called the Old Back Bull and previously the Printers Arms, originally built to house the weavers.  Many of the houses in Pendle were built for the mill workers so that they could easily access the mills rather than the long treck (usually on foot) from surrounding areas.

The Higher Trapp Country House Hotel is set in four acres of lovely terraced gardens and with its elevated position it has panoramic views of the surrounding Lancashire countryside.  The hotel has thirty en-suite bedrooms and a large conservatory overlooking the beautiful gardens.  There are also two public houses in Sabden, the White Hart Inn on Padiham Road and the Pendle Witch Hotel on Whalley Road.  Parking is available at the pubs and also on Clitheroe Road Car Park.  Sanwitches is a cafe and take away located in the old Union Mill complex on Watt Street and there are also  a couple of stores and a post office (inside one of the stores). There are several churches located around the village as well as two primary schools.

Hidden away in the woods above Sabden is Trapp Forge – a traditional forge where blacksmith, Bill Carter, creates unique ironmongery in one of the country’s last working forges. Learning his trade from his father Ron, Bill creates beautiful ironwork and a range of exclusive handmade gifts through the Little Iron House at Trapp Forge.

The Nick of Pendle is one of the highest points at almost 1,000 feet with panoramic views of Bowland, the Dales and the Lancashire Coast.  There are a number of interest walks in and around the village ranging from leisurely to energetic, all providing amazing views of the stunning countryside.  A four mile walk away (or ten minute drive) is the bustling town of Clitheroe with its magnificent castle (dating to 1186) and numerous eateries. 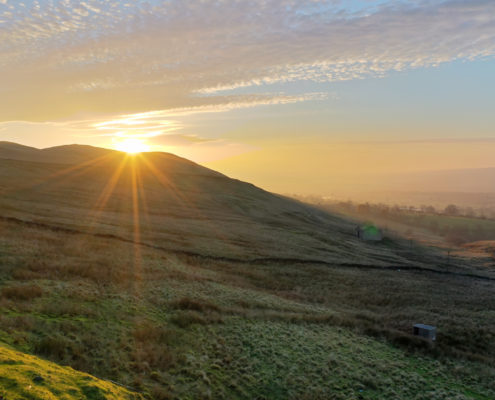 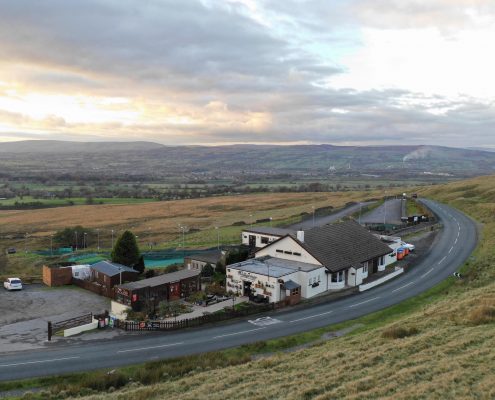