Ribchester is a small, mostly residential village in the Forest f Bowland, on the banks of the River Ribble.  Most residents are commuters to nearby towns and cities.

As the village was once the site of a Roman fort called Bremetennacum, it is of special interest to archaeologists and numerous excavations have taken place.  Many artefacts have been discovered and are now homed in the Ribchester Roman Museum which was opened in 1915.

There was also a civilian site outside the fort which more or less covered the area of the village.  Excavations have revealed dwellings and workshops.

Ribchester is also home to Stydd Gardens, a very untypical garden centre which is highly rated on Tripadvisor.  The garden centre not only caters for the keen gardener and offers ideas and inspirations, but they also offer the location for weddings.  Or you can visit their on site beauty salon; The Beauty Shed or just have afternoon tea in The Glass House Cafe.  They also hold garden party’s for charity such as Derian House Childrens Hospice with the next date set for the 6th July 2014. 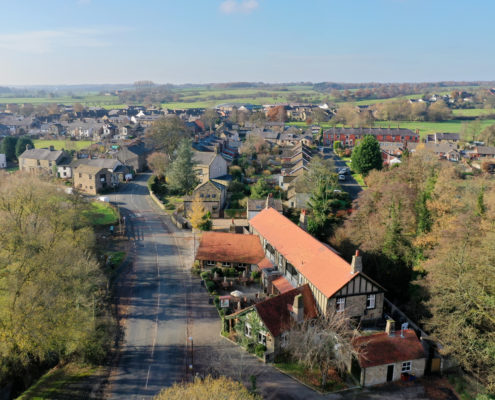