Longridge is an interesting market town set in the glorious Lancashire countryside which has changed little from when it was first built of local sandstone.  It is situated above the River Ribble in the Ribble Valley and is the gateway to the Forest of Bowland AONB.  Locals take great pride in Longridge’s history and their sense of community, which is evident in the heritage centre in the old railway station.  The station buildings were renovated with help from the Lottery Heritage Fund and the fully staffed heritage centre is now run entirely by local volunteers.  Along with the heritage centre, the buildings house the Old Station Cafe and a variety of business facilities.

Preston and Longridge railway station opened in 1840 and was an important fixture in the town when it was built mainly to transport stone from the nearby quarries and also passengers.  Longridge stone can be seen in many historic buildings, including the Harris Museum in Preston and buildings in Liverpool’s dock area.  The opening of the station also led to the building of several cotton mills and subsequently the expansion of the town.  However, when the quarry and cotton industries started to decline, the town had to transform itself and find other income streams.

Longridge is now a busy town and centre for the local farming community,  with a wide range of interesting  independent shops and businesses, pubs and bars, restaurants and cafes as well as Berry Antiques, Longridge Gallery, Moss Art and a cinema.  Butlers Larder on Shay Lane is a fourth generation business selling a wide range of delicious local artisan produce for home delivery.

The Palace Cinema building was constructed in the mid 1800s, originally built as a weaving shed for the cotton mills, it is one of the very few surviving old cinemas in England.  A local Preston man (Will Onda) bought the weaving shed in 1912 and transformed the building into a music hall showing films, some of which he had made himself.  The cinema was later taken over by a local builder and entrepreneur (Freddie Fletcher) who was responsible for the ornate stonework on the facade and the cinema became known as ‘Fleck’s Flicks’.  The recently refurbished cinema is still open to this day under the ownership of Lara Hewitt and her father Tony (Parkwood Group).

The town’s history dates back to the era of the Bronze Age with agricultural settlements developing around the church area and remained relatively unchanged for many centuries, until the advent of the Industrial Revolution in the 1800s. St Lawrence’s Church was established in the early 1500s as a Chapel of Ease of St Wilfrid in the parish of Ribchester and in 1868 it became the Parish Church of Longridge.  Over its lifetime, the church buildings have changed many times but the church clock (1830s) and the church tower (1841) still remain.

In August 1648, Oliver Cromwell marched his troops across the Lancashire countryside towards Preston where a bloody battle was fought against the Royalist Army on a bridge over the River Ribble (Battle of Preston 1648).  On their journey to Preston, Cromwell and his army marched along the lower slopes of Longridge Fell and legend has it that Cromwell gave the town its name ‘long ridge’.  The Chapel was the site of the first skirmishes between the Roundheads and Royalists during the English Civil War with the major battle at Preston following later that day.

The size of the town and its location make for a great stopover with many places to stay including hotels, B&Bs, self catering cottages, camping sites and caravan parks such as Beacon Fell View Holiday Park.  The town has some of the best views of the Lancashire countryside and from the top of Longridge Fell you are able to see the Loud Valley and Ingleborough, and  as far away as the Welsh Mountains and the Isle of Man, weather permitting!  There is a network of pathways and five Heritage Trails to explore at your leisure, taking in the rolling countryside and three miles away is the historic Roman village of Ribchester. 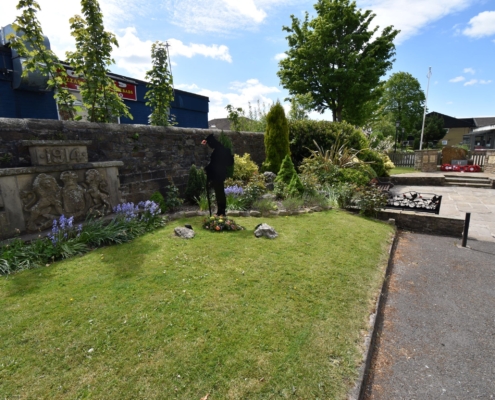 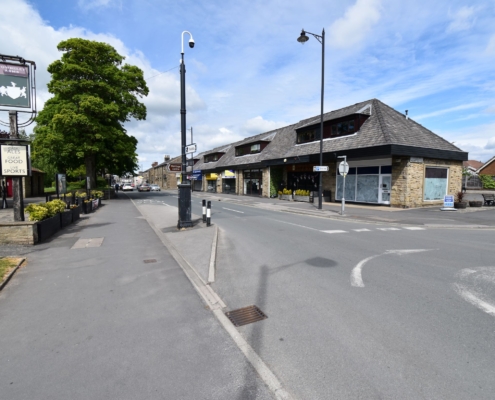