Hurst Green is a pretty village set in the heart of the Ribble Valley with plenty of folklore and history, ranging from highwaymen, ghosts and the beautiful historic Stonyhurst College.  Ned King was the notorious highwayman who frequented Hurst Green’s  Punchbowl  Inn and his ghostly appearances are said to happen late at night with a figure on horseback riding through the village near to the 17th century public house and hotel, the Shireburn Arms Hotel.

Stonyhurst College is steeped in over four hundred years of history and the Old Chapel Museum and historic libraries are open to the public with guided tours on specific dates throughout the year.  The Gatehouse was built in 1606 by the Shireburn family although the origins of the estate date back over seven hundred years.  The college has educated many pupils who are well known to the public, including the author JRR Tolkien, Sir Arthur Conan Doyle and actor Charles Laughton.  JRR Tolkein allegedly wrote part of his Lord of the Rings trilogy whilst at the college during the Second World War.  The magnificent buildings that form Stonyhurst College are set in extensive gardens and parkland with two small lakes dating back to the 1600s.

There is plenty to do and see in Hurst Green not least of all visiting the three pubs in the centre of the village, the Bayley Arms, the Shireburn Arms Hotel and The Eagle and Child!  For those who arrive by car there is a free car park on Station Road as well as the pub car parks.

The village offers stunning views across the Ribble Valley landscape with fells and wooded areas and the Forest of Bowland AONB. There is a delightful walk along the River Ribble and in the centre of the village is Hurst Green War Memorial.  There is a unique row of quaint cottages in the village that were originally built by Sir Nicholas Shireburn in 1706 on the eastern side of Longridge Fell as Almshouses.  In 1946 the buildings  were dismantled and rebuilt with the additions of first floors, in Avenue Road in the village.  Above the first floor windows there is an inscription ‘Shireburn Almshouses’ .

For longer walks, there is the five mile Tolkien Trail taking in the sights inspired by JRR Tolkein the author of Lord of the Rings and a more strenuous walk up to Longridge Fell.  Heading upstream from the village there is a lovely walk through the woods where you will see Greengore, an impressive stone building dating back to the early 1300s.  Greengore was a  former hunting lodge playing host to several Lancastrian Kings and Henry V11 allegedly stayed there when visiting the area to hunt deer.  There are several circular walks around Hurst Green where you will discover manor houses, farms and old bobbin mills as well as ancient woodlands and streams. 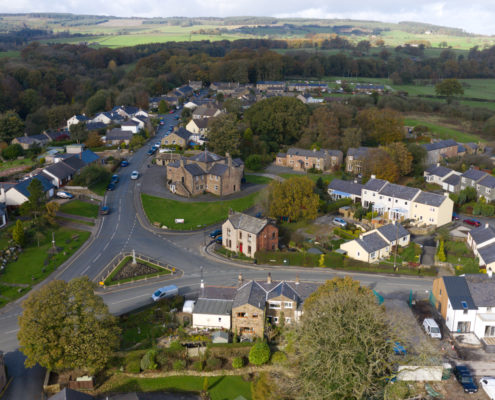 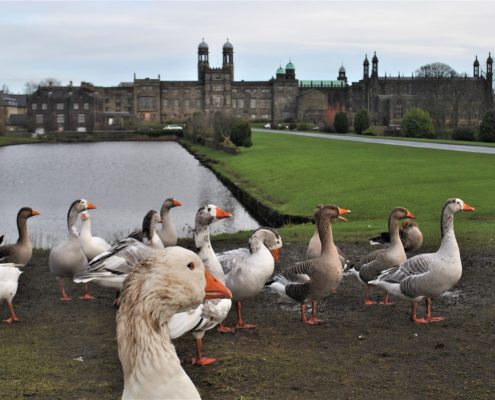 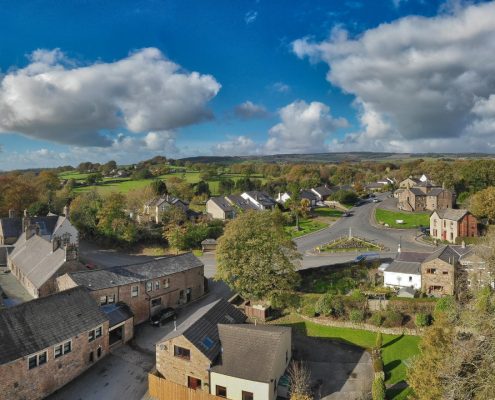 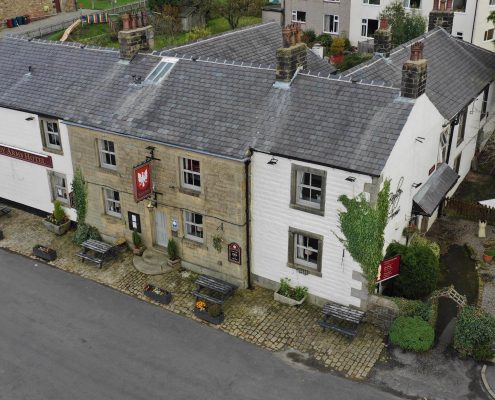 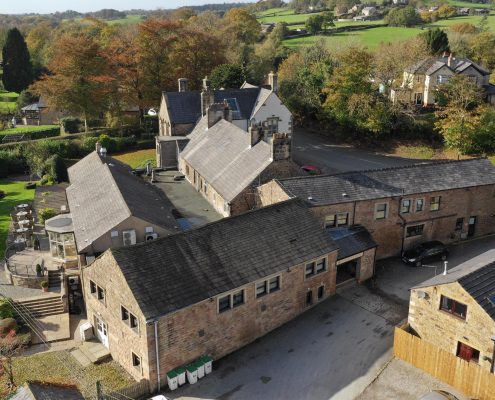