Dunsop Bridge is small picturesque village, located in the heart of the Forest of Bowland (Area of Outstanding Natural Beauty) and  is referred to as the “geographic centre” of Great Britain, according to the Ordnance Survey. Prior to the development of Dunsop Bridge as a village there were only a few farms and houses in the area, then with the advent of lead mining in the 19th century Dunsop Bridge developed into the small village it is today.

On more than one occasion it has been visited by the Queen who owns large parts of the area in her role as the Duke of Lancaster.  It is famous for the 100,000 BT installation of a payphone telephone box  in 1992, which also depicts the geographic centre of Great Britain, and was unveiled by Sir Ranulph Fiennes with a plaque verifying this.  Dunsop Bridge is also famous for its rainfall – holding the record of the highest 90 min total rainfall of 117mm!

Dunsop Bridge derives its name from the river Dunsop and the Hodder Bridge and sits at the junction of the two rivers. It is totally surrounded by the beautiful rolling hills of the Forest of Bowland.  There are grassy areas to stop and take in the surrounds or to picnic and at the nearby village hall you will find locals selling homemade produce and refreshments, with funds going to the upkeep of the church.  Puddleducks Post Office, Country Store and Tea Room serves delicious homemade food of all descriptions (also visited by the Queen!) and even sells duck food for the families of ducks to be fed in the nearby river!

It is very popular with walkers of all kinds who come to the village to explore the landmarks around Dunsop Bridge and to take in the breathtaking landscape.  There are lovely walks in and around the village, with winding paths through the moors to Lancaster.  Legend has it that the nearby Salter Fell Track is the route the Lancashire Witches were taken on their way to their trial at Lancaster Castle!

There is a village car park available for visitors to Dunsop Bridge or fell walkers wishing to explore further afield.  A two minute walk from the car park is the beautiful small Roman Catholic Church, St Hubert’s, built to the design of Edward Pugin and allegedly paid for with the help of the winnings from the 1861 Derby winner owned by the Towneley family.  Visitors to the church will see a painting on the ceiling above the altar, which is thought to commemorate ‘Kettledrum’ who won the 1861 Derby. 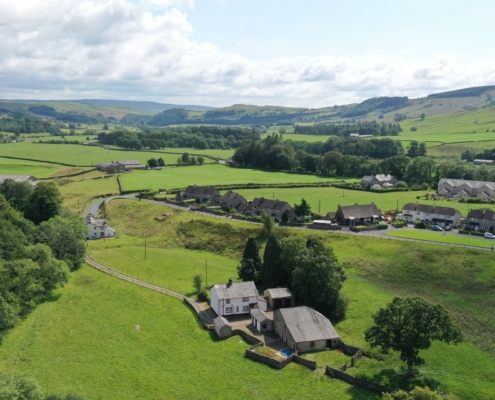 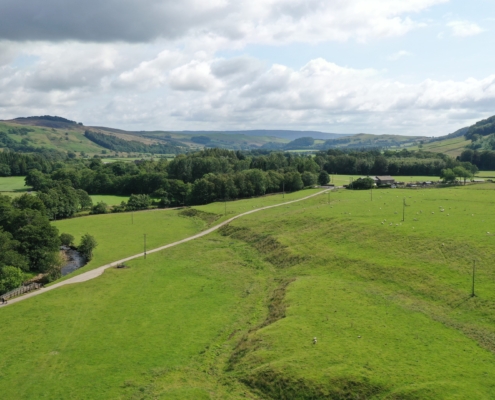 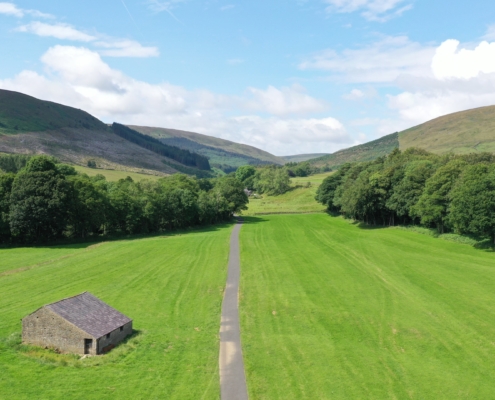