Walkers often choose Barley as their starting point for the circular Pendle Way and the many other delightful walks in the beautiful countryside.  Visitors to Barley looking for food and refreshments can visit the Pendle Inn public house and the Barley Mow restaurant as well as a couple of lovely tea rooms.  Whilst Barley has a public house, surprisingly it does not have a Church.  The village is very pretty with a large village green for both locals and visitors to use.  In the centre of the village there is a large old textile mill and pond and although the mill is now closed, the pond became a very popular boating lake and is still one of the focal points in Barley.

For several hundred years, up until the 18th century, the village earned its livelihood from agriculture until  they also began manufacturing textiles.  With numerous streams providing effective water power,  the newly built cotton mills supplied the growing cotton industry for many years.

Almost ten years ago a well preserved 17th century cottage was unearthed during groundwork in preparation for a construction project near lower Black Moss reservoir, along with many interesting Victorian artifacts.  It has been suggested that the cottage may have been the habitat of one of the Pendle Witches and was a very significant discovery, although this has not been proved.

So whatever the reason for visiting Barley, whether for a walk in the countryside along one of the many pathways, a longer walk along the Pendle Way, or a look around this lovely village and a visit to a pretty cottage tearoom, there is much to see and do for all visitors. 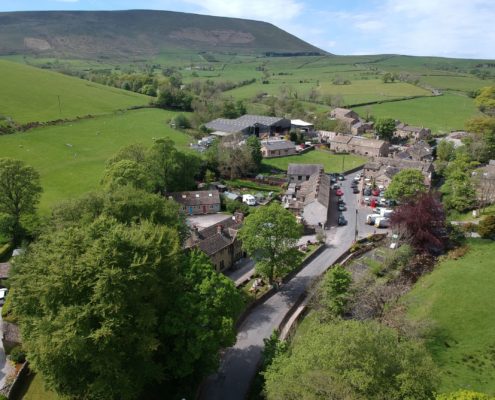 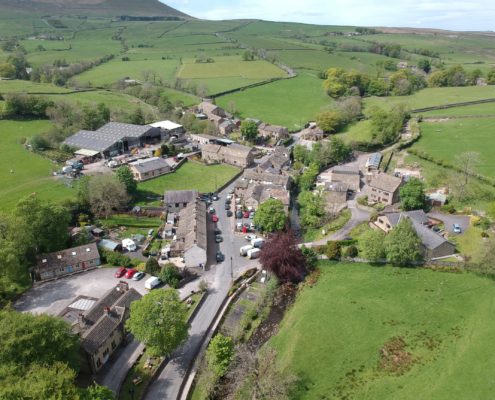