This beautiful Stocks Reservoir walk takes you on a delightful circular track around the reservoir. 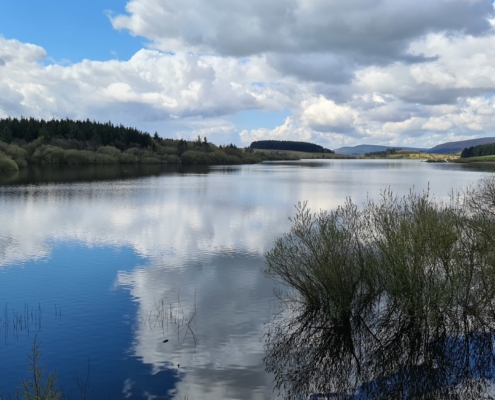 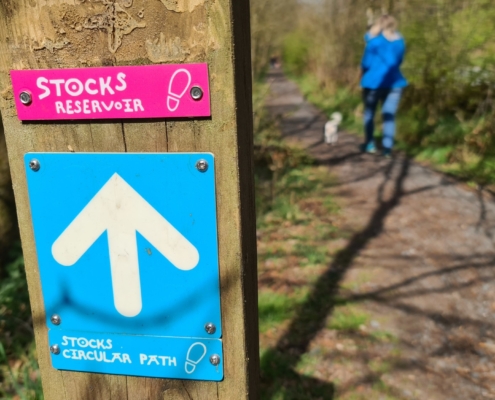 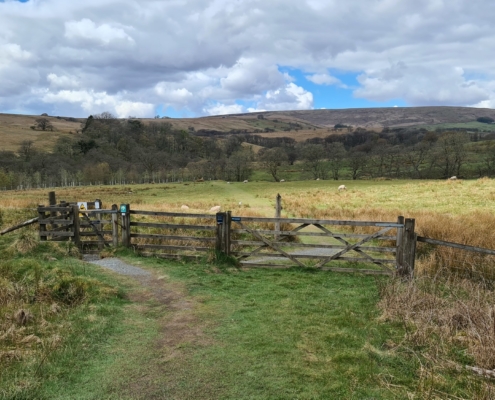 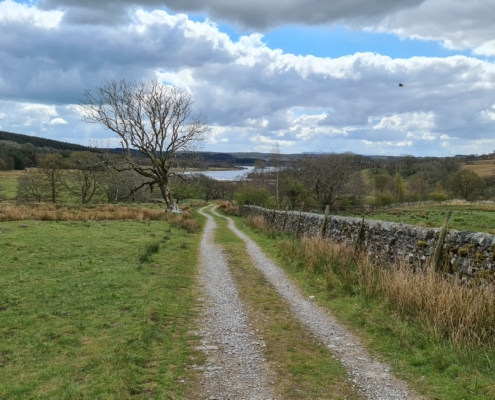 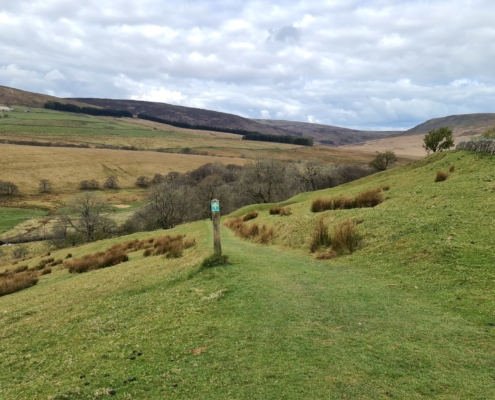 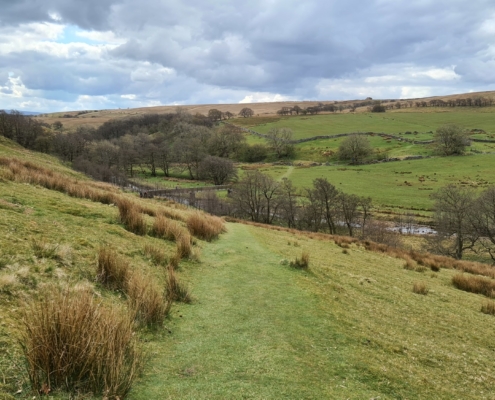 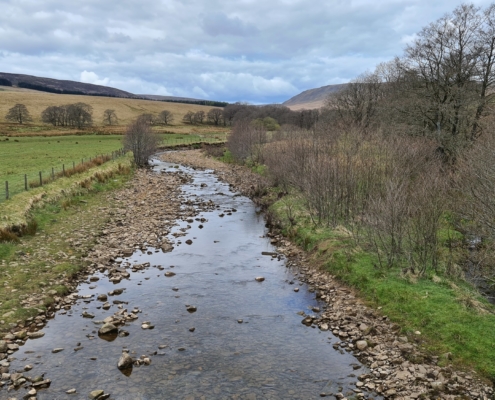 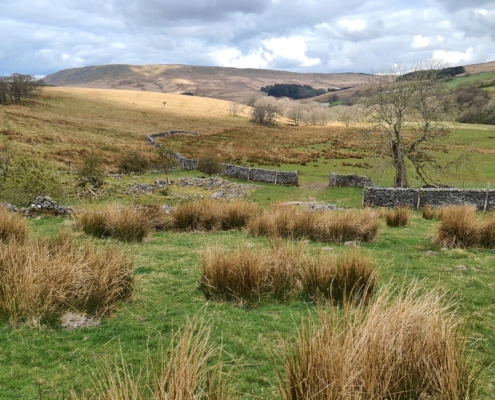 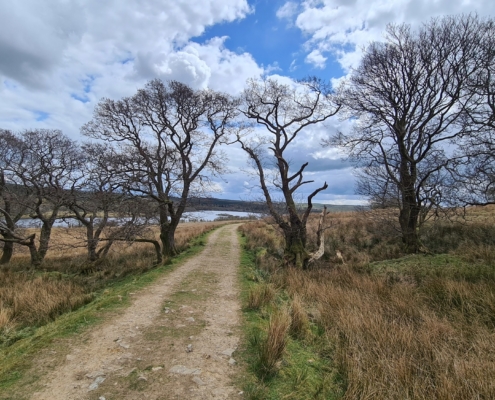 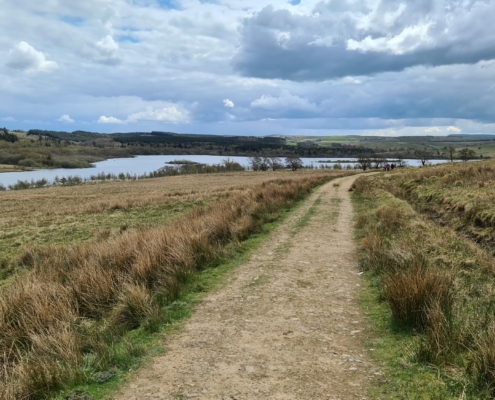 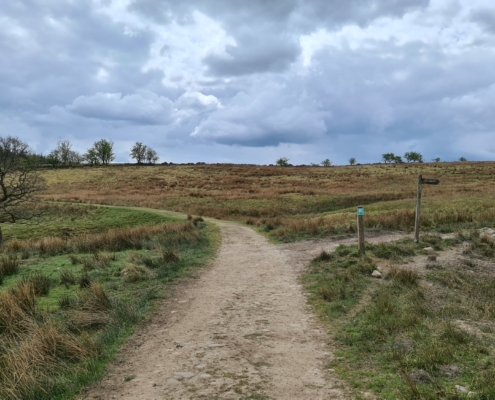 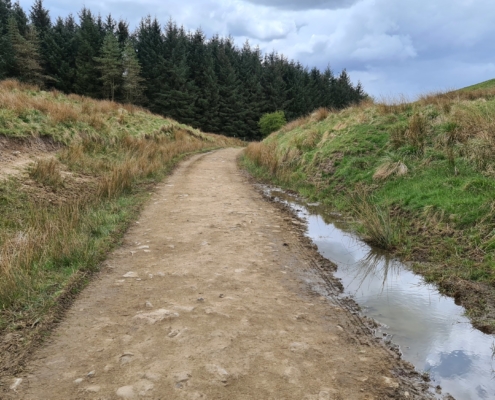 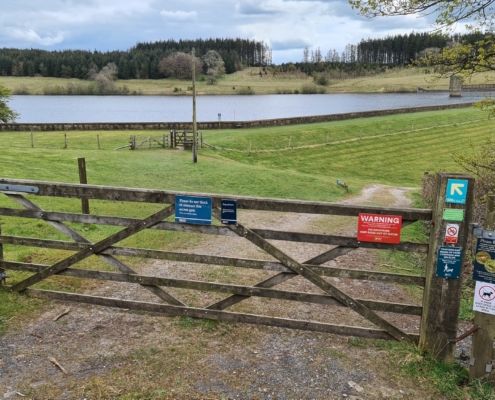 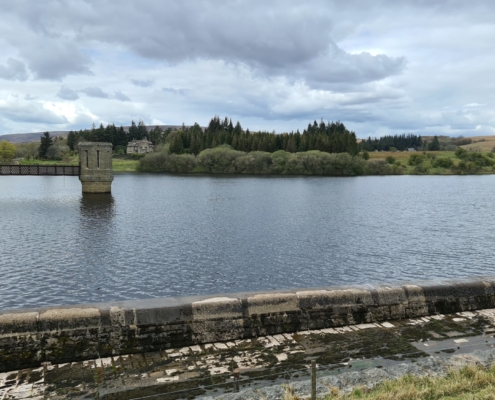 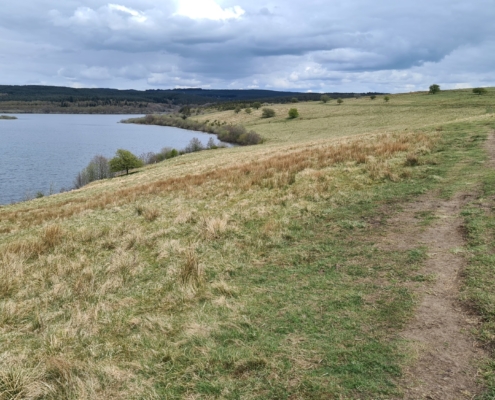 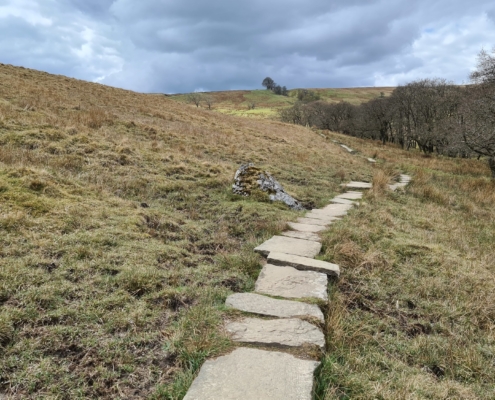 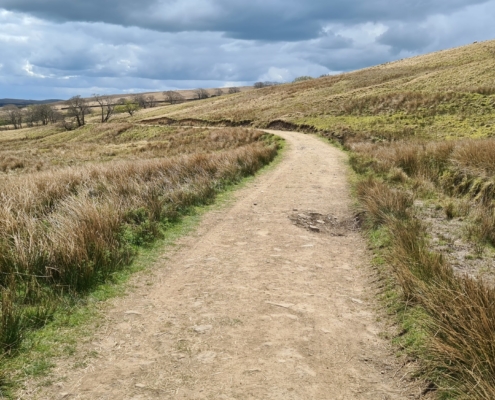 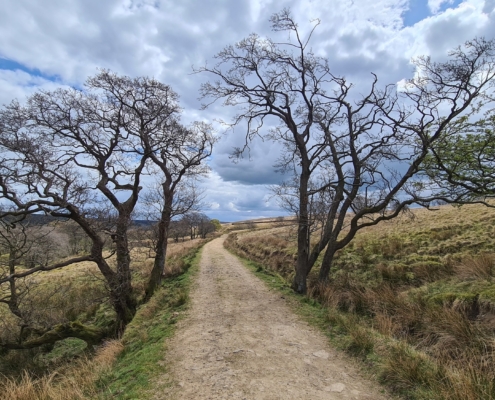 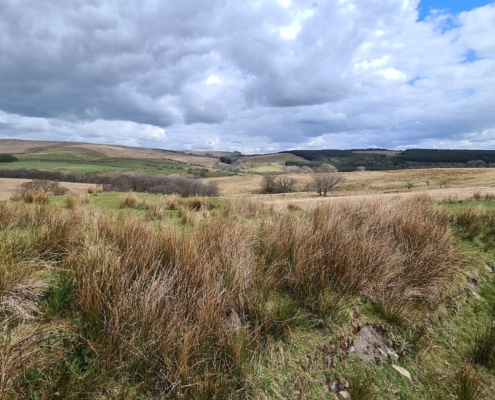 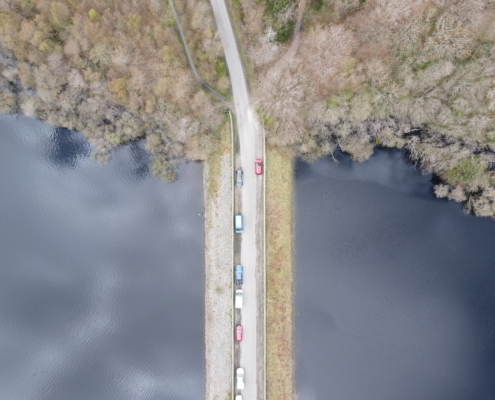 During our May Bank Holiday weekend camping at the peaceful Primrose Park campsite near to Tosside, we travelled just a mile down the road to spend a few leisurely hours circuiting the picturesque Stocks Reservoir.

Despite the fact that this is a well trodden route, we didn’t encounter hoards of people, which suits us well. Even our seven month old pup, Holly, managed the moderate seven and a half miles with ease.

The reservoir is nestled within the Forest of Bowland and sits adjacent to Gisburn Forest (east of the reservoir), which can easily be described as one of the prettiest parts of Lancashire.

We began the Stocks Reservoir walk on a path that leads directly from the Hole House Lane causeway. If you can’t get parked here, then park at School Lane Car Park, which is the main parking area for this route. The whole circular walk is really clearly waymarked (white arrows on a blue background) with no real opportunity to wander mistakenly off-route. In fact, it’s important not to wander down to the edge of the reservoir because there are a number of areas that are sensitive for wildlife that must remain protected.

The wildlife is rich in wildfowl and water birds, including some less common species such as Whooper Swans. There is an island in the reservoir that hosts a colony of Black Headed Gulls during the summer months and there is no mistaking when they are visiting! There are a couple of bird hides along the way for those who are really keen to quietly observe the wildlife. The flora and fauna encountered on the route is also diverse and includes heather moors, woodlands, meadows and rocky outcrops. The Stocks Reservoir walk also passes the ruined remains of some farms that simply became unviable in the 1920s to 30s when the reservoir was constructed. There is even an old gauge industrial railway system track (now just a path) that leads to The Fishing Lodge. This linked the reservoir dam works with a hub linked to the nearby stone quarries.

We followed the anti-clockwise route of the walk, as is recommended. It is generally easy with just a couple of gradients and the paths are all grass and stone gently meandering through woodland and across fields (sheep – mainly Swaledales – and cattle graze here so dogs are to be kept on leads at all times). There are kissing gates aplenty on the Stocks Reservoir walk and just a couple of other gates, stiles and footbridges that allow passage across the crystal clear waters of the River Hodder.

Not too long after beginning the walk the path passes by a glorious little picnic area and a little further along the track down a short path to the left are the bird hides. The path then continues through woodland and on to the small building remains of Birch Hill Farm before it continues across a field and over Hasgill Beck. Turning left in front of the old New House Farm there is then a steep descent to the footbridge over the Hodder, but the path is zig-zagged to ease the burden on the knees.

From here, the Stocks Reservoir walk takes you along a flagged footpath until you reach a t-junction and bear left. This is where the route of the old railway track begins and leads you all the way to the popular fishing area  – you do need a permit to fish here. The path goes straight ahead and then left towards the reservoir dam where you will see the impressive overflow that returns water to the River Hodder. The footpath follows the edge of the water here and then takes you through fields until you reach the woodland and into the meadow, which leads you right back to Hole House Lane and back to the start of the walk.

If you want one walk to transport you through pretty woodland, across expansive farmland, showing you important wildlife habitats, an impressive reservoir and beautiful meadows, then this is the walk to choose.