Our good friend Stephen Cheatley is a local photographer and expert on astronomy, he has given us some hints and tips on Forest of Bowland Stargazing.

Stephen lives in Blackpool, and has regular astronomy talks in Lancashire.  He provides guided tours in the Forest of Bowland and the Lakes.

He can often be seen around the Forest of Bowland on clear nights.  The lack of light pollution in Bowland is fantastic, especially as you get further away from the towns.

Forest of Bowland stargazing has gained popularity over recent years and Stephen provides us with some hints and tips to get you started. 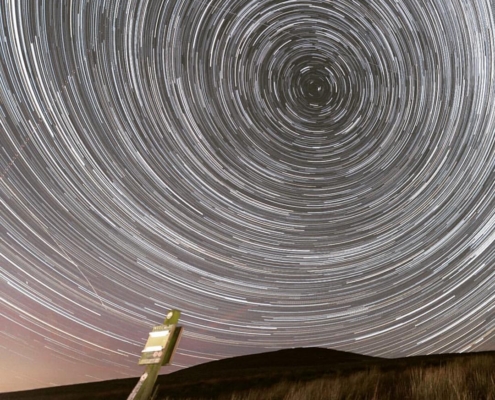 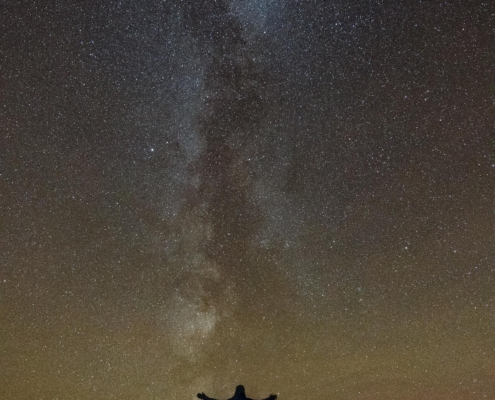 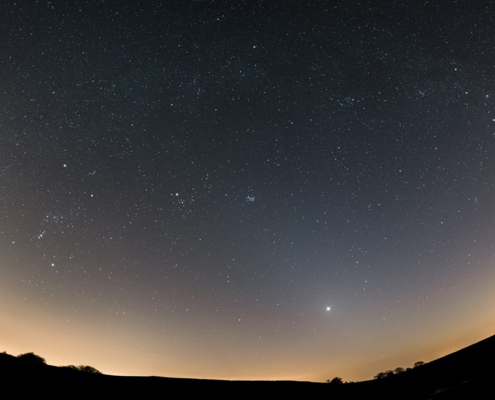 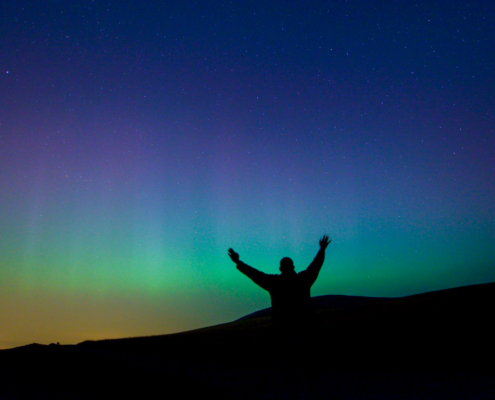 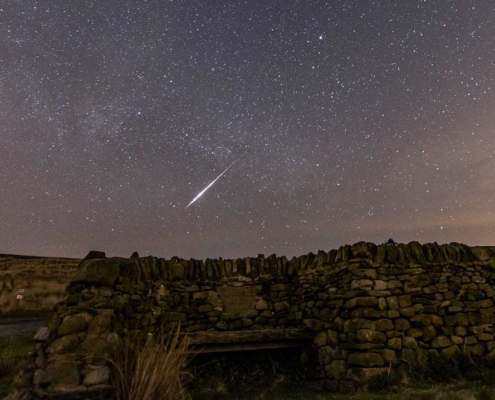 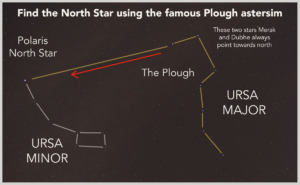 Stephen’s hints and tips on Forest of Bowland stargazing;

The Forest of Bowland AONB is an ideal place to visit if you want to escape the light pollution of town to do some stargazing. Getting away from urban lights makes a massive difference in what you can see in a clear night sky. I myself have visited Bowland many times over the past ten years, since taking up astronomy seriously in 2010. In 2015 I witnessed the amazing Aurora Borealis from close to the Grizedale Reservoir (see images). It is also possible to see one of our nearest galactic neighbours, the Andromeda Galaxy from Bowland, as well as see our own galaxy, the Milky Way, which looks like a glowing band across the sky. Late summer is the best time to go Milky Way spotting in Bowland, as the galactic plane of our galaxy stretches across the sky and overhead. Look out for the large group of stars high in the sky called the Summer Triangle. The Milky Way runs right through this, easy to see pattern of stars.

There are several areas within the AONB that are designated Dark Sky Discovery Sites, which means that steps have been taken to protect the night skies from light pollution within these areas, such as fitting dark sky friendly lighting to buildings, as an example.
Beacon Fell Country Park, Slaidburn Village Car Park, Crook o’ Lune Picnic Site and Gisburn Forest Hub are all Dark Sky Discovery Sites within Bowland. All of these sites have easy access and great views of the sky.

My advice for anyone wishing to travel to the Forest of Bowland, or anywhere dark and remote, is to go with a friend or arrange a group. The last thing you want to do is trip over in the dark, potentially hurting yourself and having nobody around to help. The most important thing I did which really helped me learn the night sky was to join a local astronomy society, and that was Blackpool & District Astronomical Society.

The society holds regular star parties, of which are attended by a number of seasoned astronomers who are always willing to help newcomers to the hobby. It was by attending many of these star parties that I slowly began to learn how to connect the stars and learn how everything moved through the night sky. Now I run my own astronomy photography workshops up and down the country, as well as presenting talks to various astronomy and photography societies.

I have compiled a list of hints & tips to help you with your stargazing.