Tim writes: The walk up to Stang Top Moor starts at the Sparrowhawk. Make sure you get permission from the owners if parking there, and obviously have a drink and some food.

The path is at the right end of the car park (if facing the Sparrowhawk from the road).  Look out for a stile which brings you onto Laund House Farm and across Marles Hill.  After a short distance there’s a stile by a drystone wall which must have served a purpose at some point, but now is just a lonesome step with no wall.

Follow the drystone wall in a northwesterly direction, passing Noggarth End Farm.  The farm ends with a tractor gate and a metallic swing door for pedestrians.  Cross over Noggarth Road and hop over the stile next to the drystone wall.  There should be great views of Pendle Hill here (weather permitting). Keep to the wall and go through the kissing gate, leading onto a farm track that descends into a farm called Dole House.

We made a bit of a mistake and kept to the farm track but the correct route is to the right of the farm track.  We rejoined the route at the footbridge and carried on through the farm, heading to the stile on the right hand side.  This takes you into another field and you can just make out the route through the grass.  Keep to the path which takes you towards the fence on the left and eventually you’ll come to the end of the farm onto Ridge Lane.

Take a left (northwest) onto the road and continue along it for about 200m.  On the right side of the road there’s a sign pointing to Thorneyholme Farm.  Follow the sign and pass through the cottages until you get to gate on the left following a brook called White Hough Water.  This is a nice section of the walk which finishes at a weir under the bridge at Whitehough.  We decided to cross over the ford in the river but a more sensible route might be to follow the road to the right.

Rather than turning into the hamlet of White Hough we followed the brook for roughly 100m and hopped over the wall following the path into the plantation, which ascends quite steeply.  Once through the plantation we discovered that the permissive footpath leading up to the nature trail in Aiken Wood had closed.  This was a bit of a blow because I had to completely change the planned route.  It just goes to show how important it is to have a map with you.

We took a left towards Barley keeping the plantation to the left.  After the kissing gate carry on bearing slightly right towards the stile built up on rocks.  We missed the route a little here according to the Ordnance Survey map generally headed in the right direction towards Barley Lane and Lower Black Moss Reservoir.  Once at the road there are some steps built into the wall, climb over and turn right.

After about another 500m heading northeast up the road there is a footbridge over a small stream, leading to a derelict building.  The muddy path goes around the building, leading to a stile, into a small field with newly planted trees.  Shortly after you come to a metal gate and go back onto the road.  I couldn’t help but think it might have been easier to stay on the road here.

After turning right on the road there are a  few cottages before a fingerpost sign directs you to take a right into Black Moss Farm.  We made another slight error here because a wall had been removed since the map was printed and it made things a little confusing.

At the top end of the farm there are steps through the drystone wall.  We made our final error today missing  the path leading to Stang Top Road and instead went straight through the farm which leads to Stang Top Moor trig point and old quarry.  It’s a little scruffy up here being a working farm but the views make up for this.  On one side you have the urbanisation of Burnley and the other you have Pendle Hill and the moors.

Walking through the hamlet of Whitehough the road takes you back to the bridge over White Hough Water and this time we walked over it, rather than through it.  And rather than taking the same route back we walked up the road (called Narrowgates) and turned left onto Barley New Road.

Time was getting on so we stuck to the roads for a while and after about 500m we rejoined the crossroads at Thornleyholme but this time we climbed the steep Ridge Lane.  Eventually the road merges into Noggarth Road and there is a handy cafe if you want refreshments.  I think it is called ‘Top Shop’ but marked on the map as Noggarth Cottage.

Here we turned onto Sandyhall Lane, where the path descends into a lane with some very nice houses.  After not so long the lane meets Wheatly Lane Road, turn right and follow the road back to the Sparrowhawk.

This was a lovely walk up to Stang Top Moor. 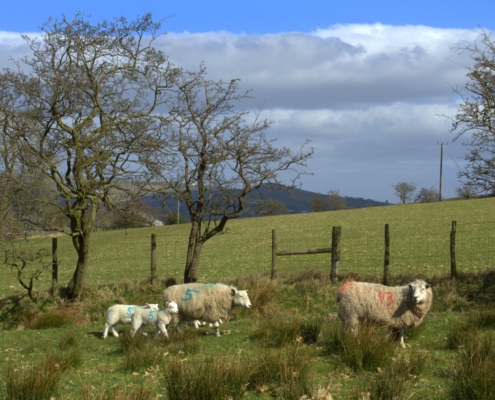 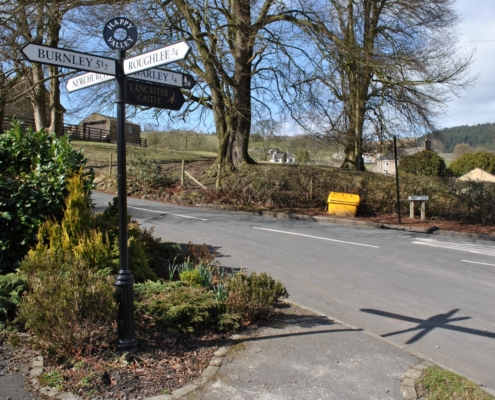 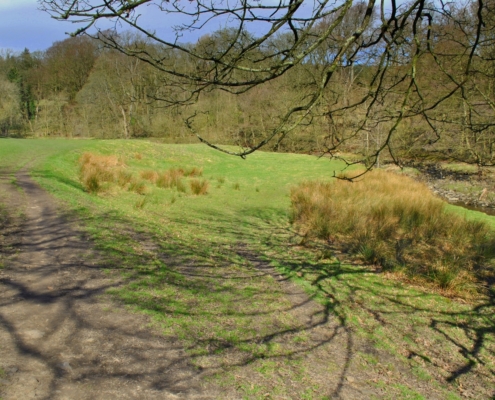 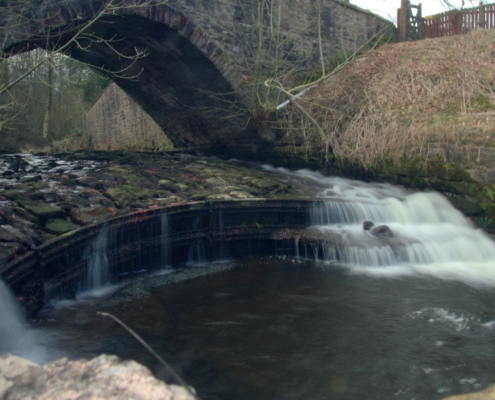 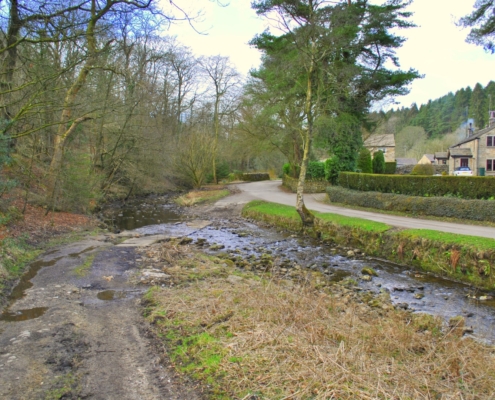 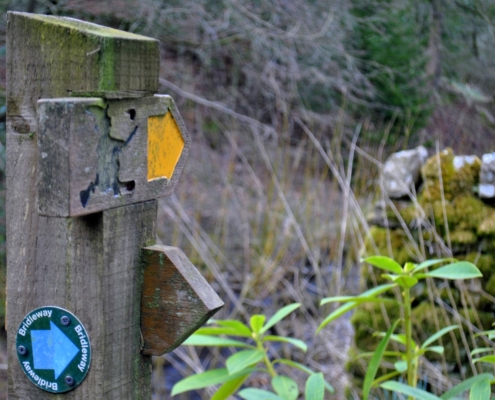 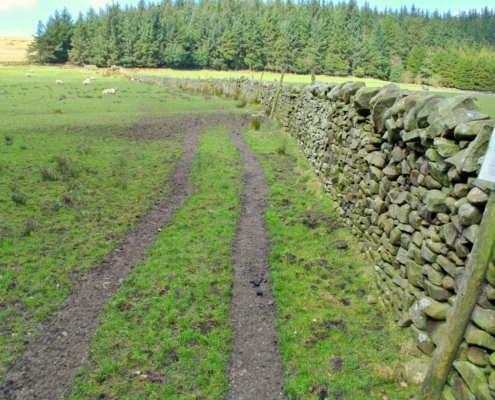 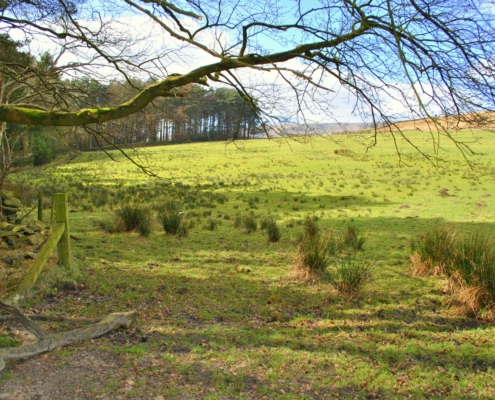 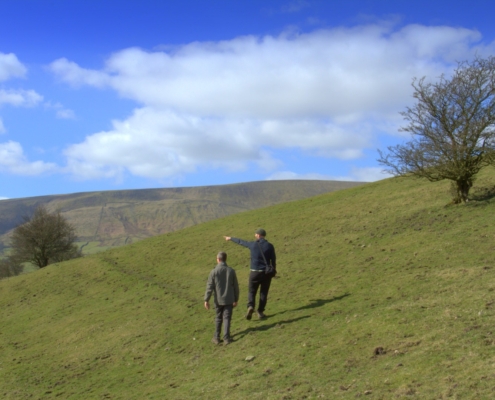 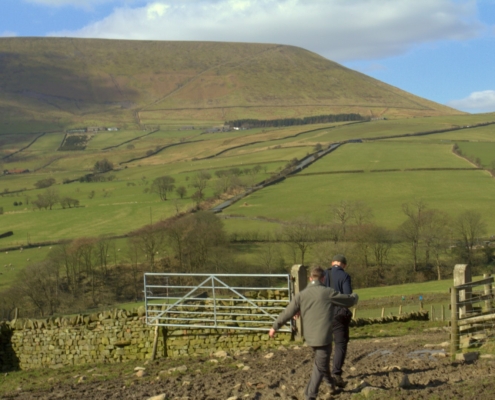 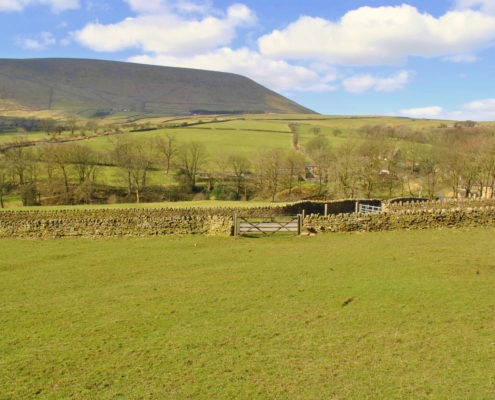 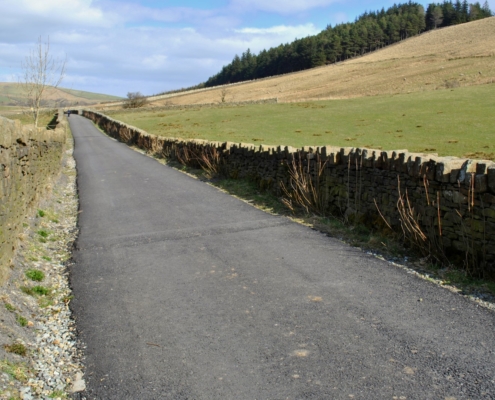 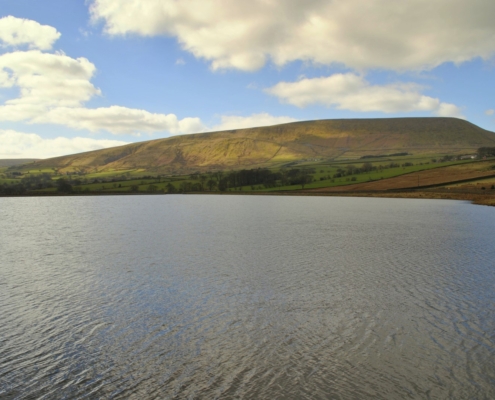 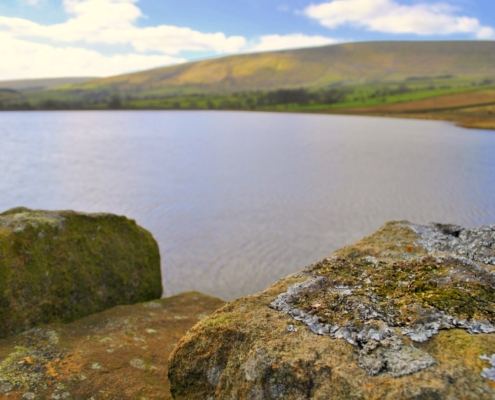 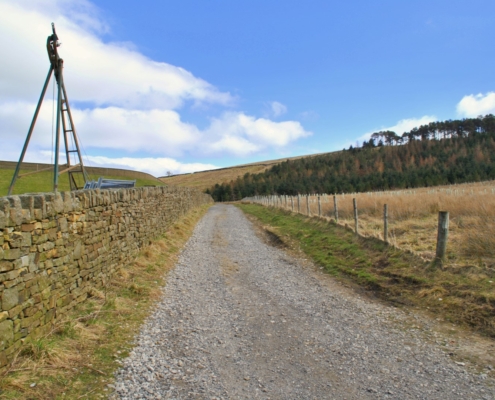 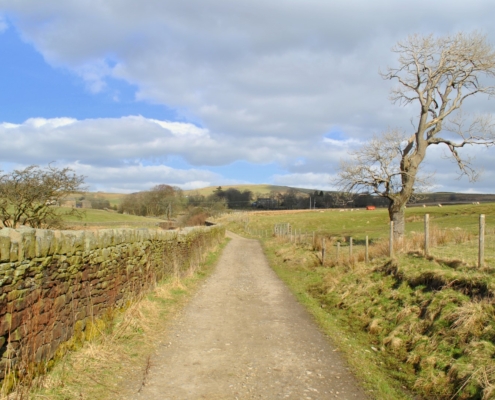 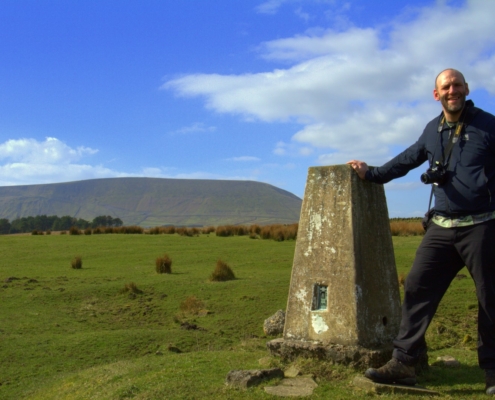 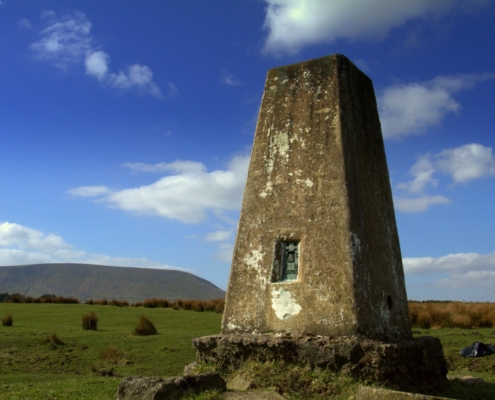 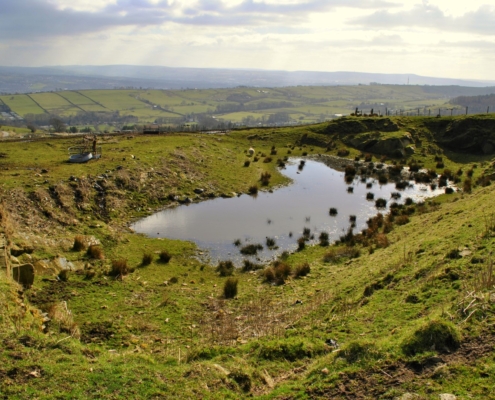 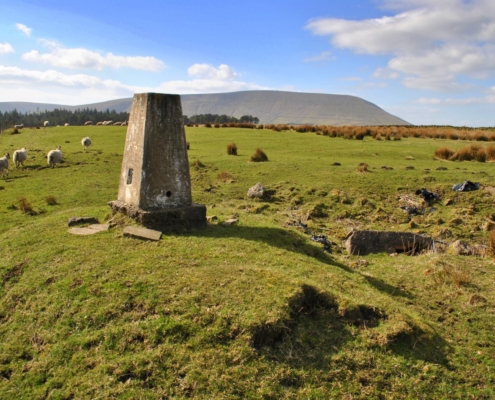 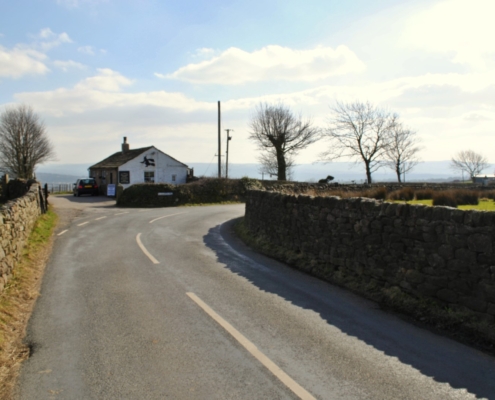