A Port Appin walk around the shores of Loch Linnhe. 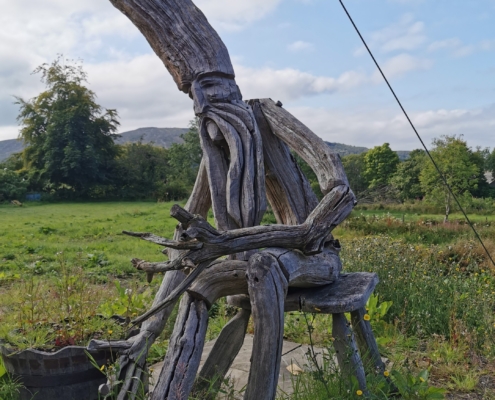 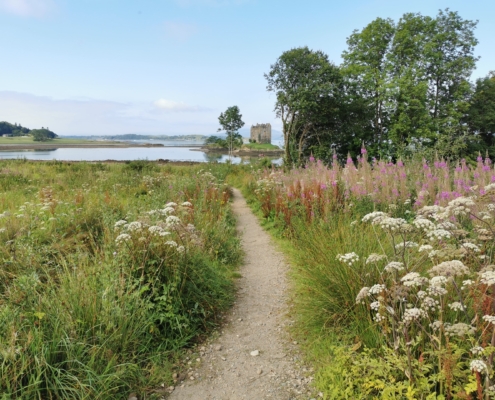 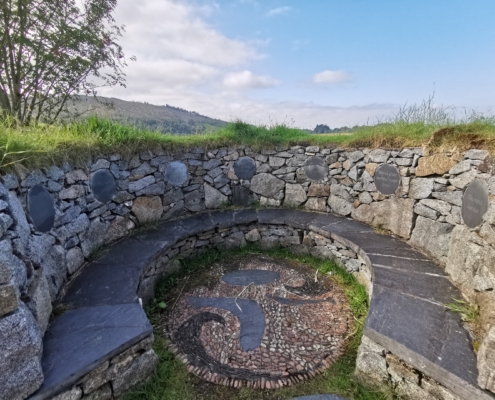 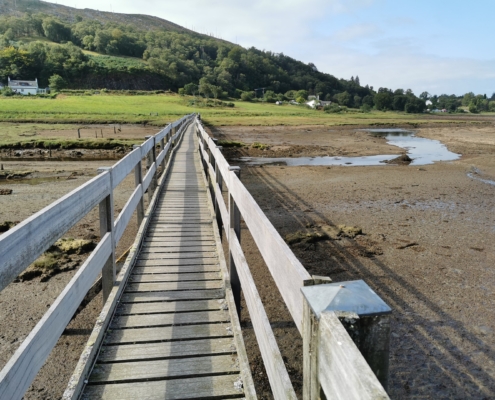 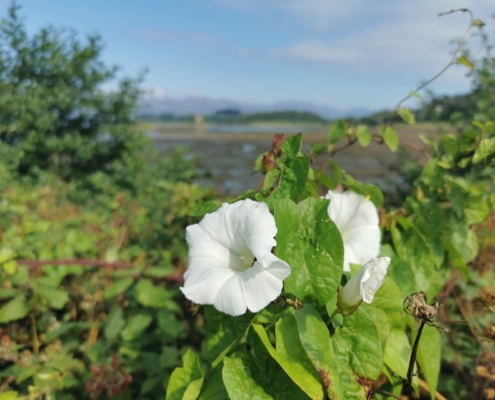 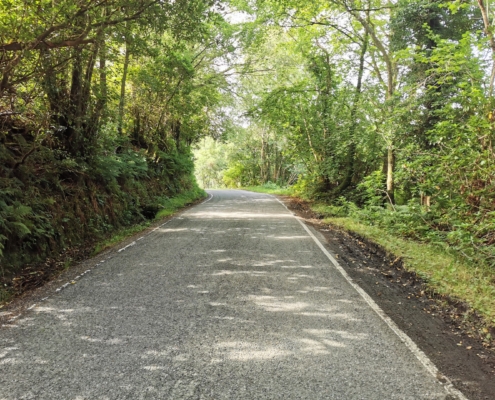 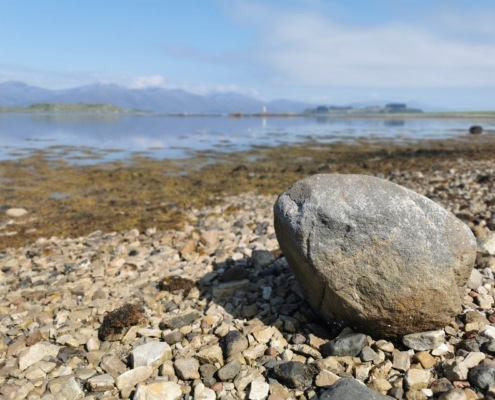 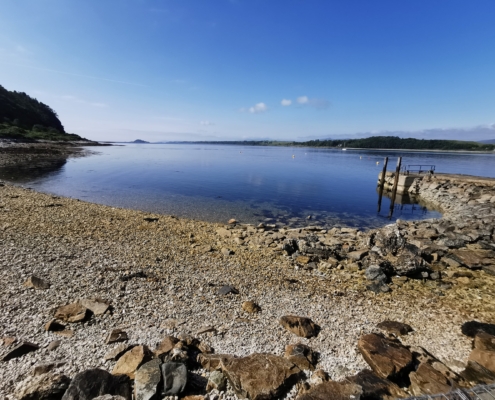 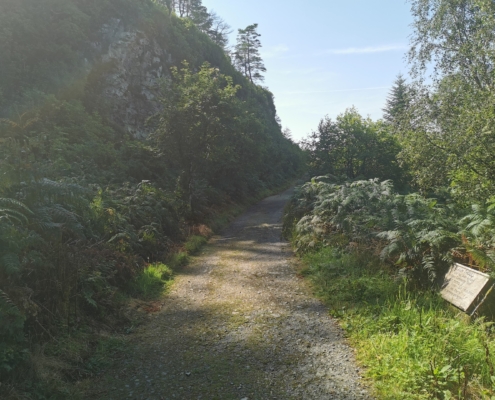 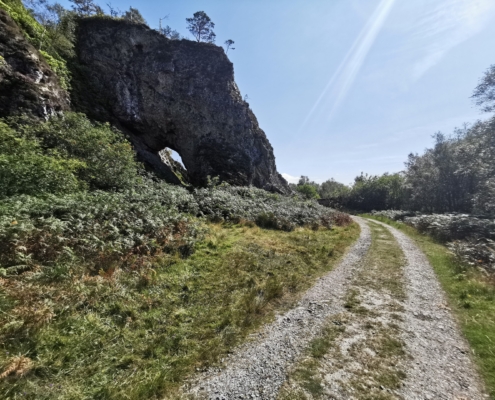 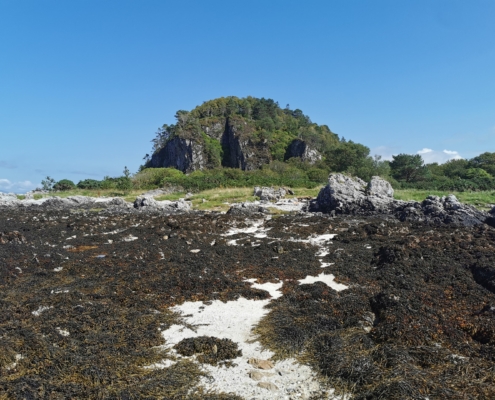 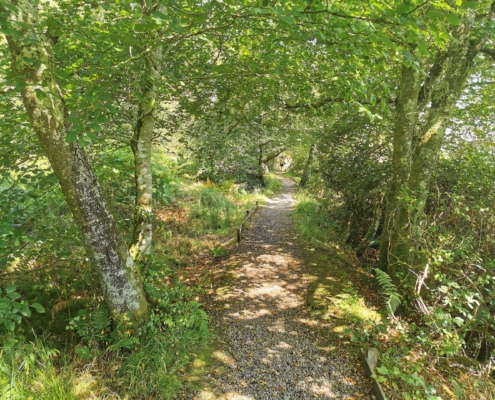 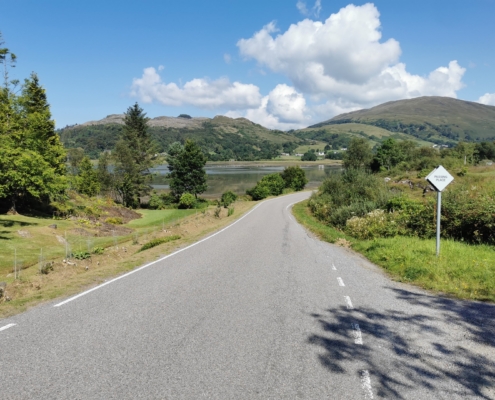 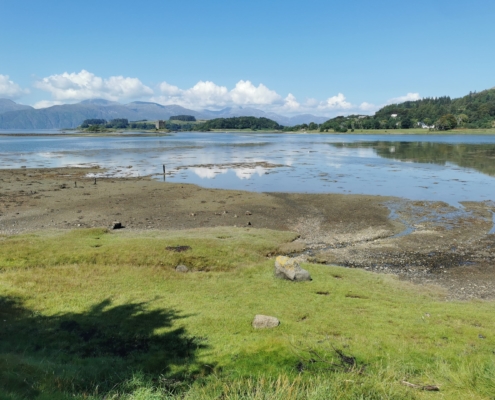 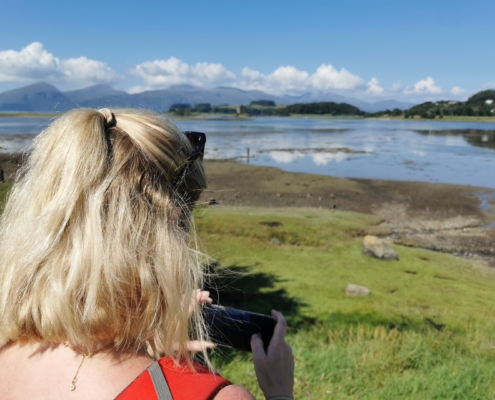 This Port Appin walk starts and finishes at Appin Bay View where we stayed, but a better start point would perhaps be The Old Inn pub, which is about 50 metres down the road.

The route follows a marked track until reaching Jubilee Bridge, which was restored in 2014. Follow the walkway and join the road near Taychreggan.

This road meanders around the coast until reaching Port Appin, where we had refreshments at The Pierhouse, and watched the ferry go back and forth to Lismore.

The route then follows the peninsula towards Rubha Clach Tholl and takes in a couple of small caves, before reaching the hotel at Port Appin again.

We tried to take a track near Drum Neil before realising it was a private track, under a bridge. So we retraced our steps back to the hotel and took a linear route back to our apartment. We didn’t mind this as views of the Loch and mountains were equally as impressive from the other side.

There was a spot just before the jubilee bridge walkway where I thought it would be nice to stop by, so later that evening we returned and spent a couple of hours, having a drink and relaxing.