A mesmerising walk near the Linn of Dee. 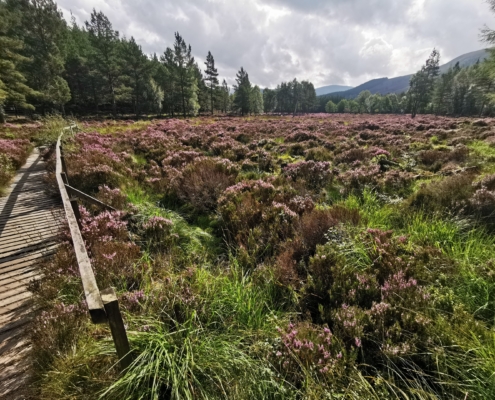 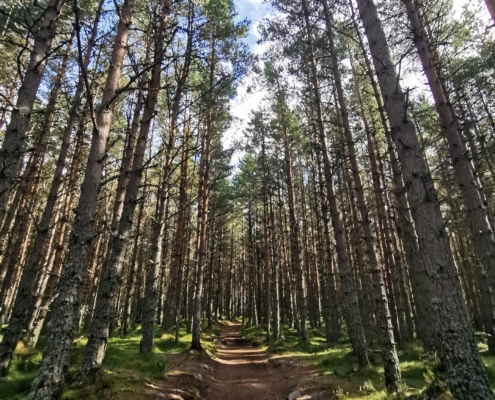 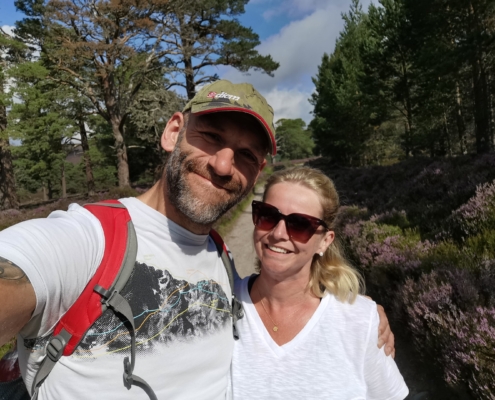 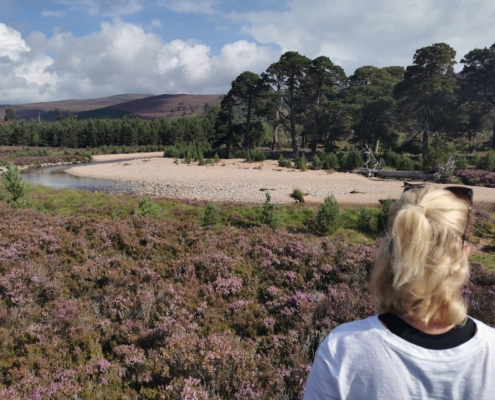 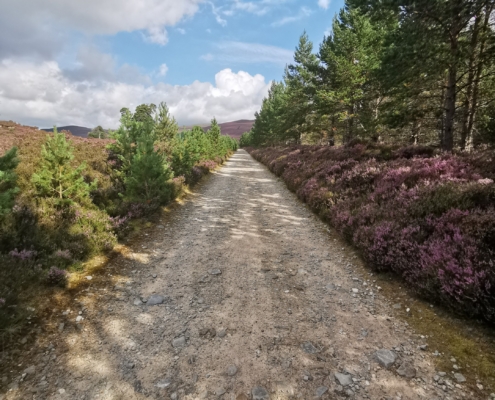 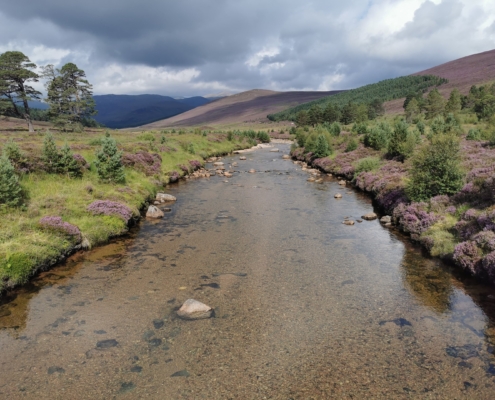 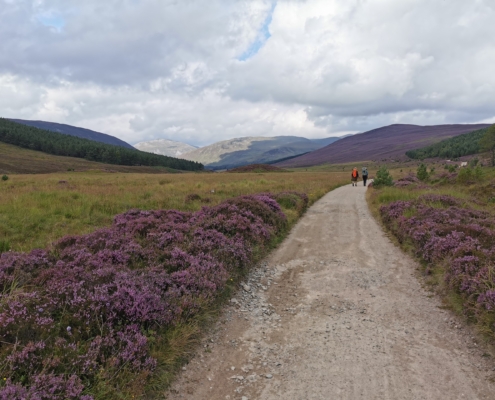 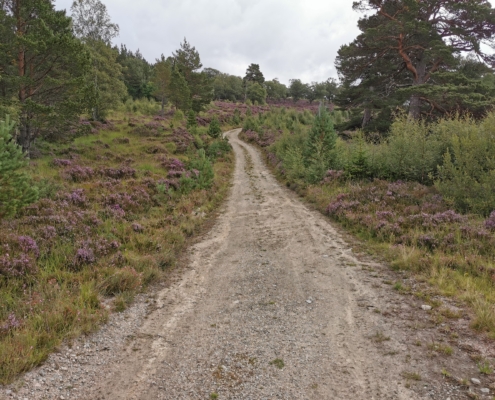 In three words. What a place!

After staying nearby in a camping pod at the peaceful ‘Howe of Torbeg’ for a couple of nights, we really didn’t want to leave this area, despite the fact that we had new adventures awaiting us. Looking through our Ordnance Survey maps the evening before we left, Jo decided that a walk beginning at the Linn of Dee would be a grand start to our day.

We began the morning with breakfast by the river at The Bothy in Braemar and from here drove westwards towards Inverey and the Linn of Dee car park. It is just £3 to park all day and has toilet facilities. There are three or four waymarked walks drawn out and labelled on the car park map boards but, as always, we had our own circular trail planned out. It was an easy 8km and took us a couple of hours with lots of photo stops.

Our walk took us a short distance through the picture-perfect forest and met with the scenic beauty of Lui Water, which was gently running down through Glen Lui from the highest points of the Cairngorm Mountains. As we had come to be used to in Scotland, the waters were crystal-clear and very inviting for those who are inclined to have a dip or a wild swim. That includes us, but with a long drive ahead of us we opted to stay dry today. We walked northwards along the river as far as we had planned to, but it was really hard not to carry on because the paths in the distance that we could see winding their way up the mountains were so tempting. A chap in a kilt passed us with the right idea. We guessed that he was probably heading towards Sgor Mor or maybe Beinn Bhreac.

We doubled-back and took the track that took us away from the water and into the woods of Doire Bhraghad. We followed the track through the swathes of glorious purple heather to a small crossroads where we took a right, which led us through to the road near to Mar Forest Cottage. We turned right here and walked along the road and crossed the Lui Bridge, close to where the rivers Lui and Dee meet. This is where a lovely riverside track snakes up to the beautiful waterfall and salmon-ladder (this is a famous salmon fishing area. In fact, the whole of the River Dee, right through to the sea at Aberdeen, is classed as a Special Area of Conservation due to its salmon, otters and even freshwater mussels). If you look back towards the bridge from here, you can see the dramatic gorge that cuts its way through to some lovely looking deep pools. We climbed down close to the waterfall to get some photos and to marvel at the clarity of the water.

Not far after the salmon ladder, the forest track that we began our walk on meets up with the riverside track and we reluctantly meandered along here back to the car.

This was a really easy to access, straightforward walk with some of the most spectacular views of sensational Scottish scenery. Without doubt, we will return to explore further towards Cairngorm. 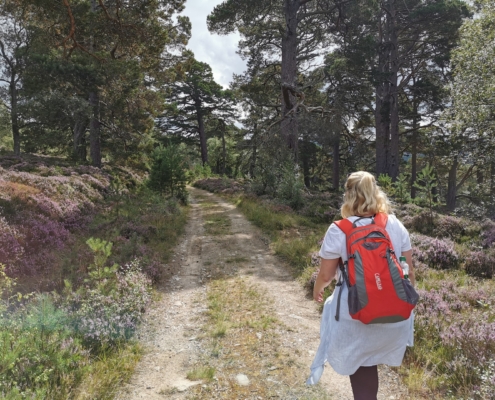 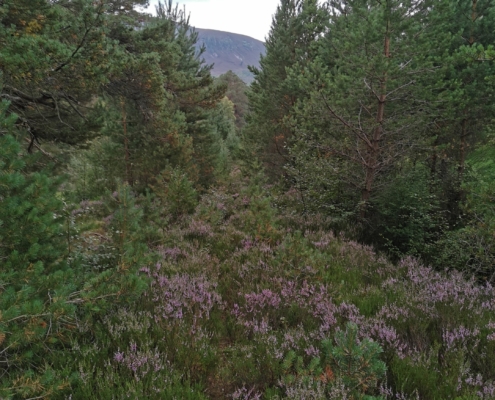 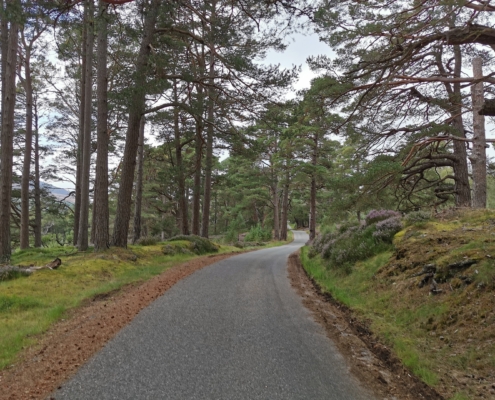 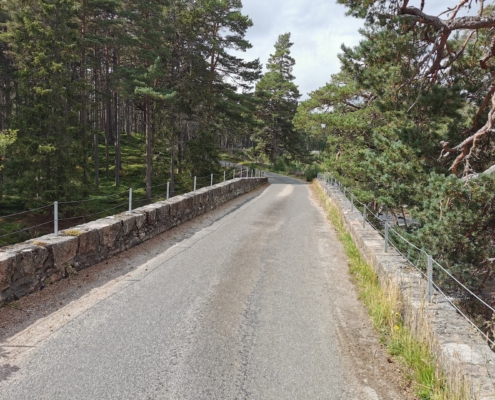 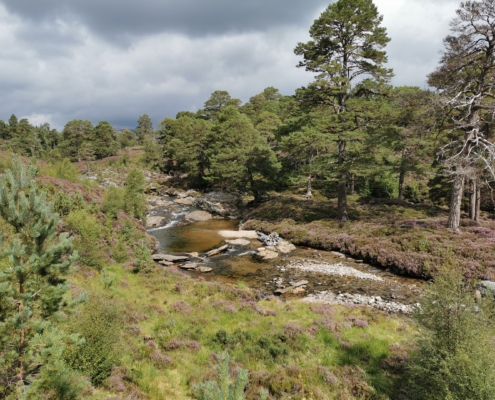 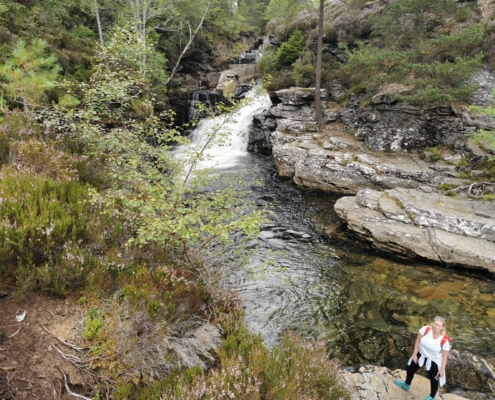 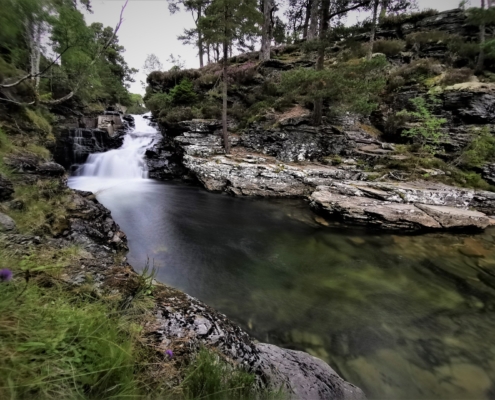 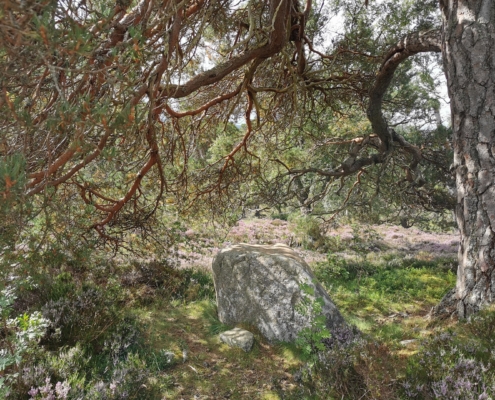