A smashing long walk on a sunny day up to Ingleborough from Clapham. 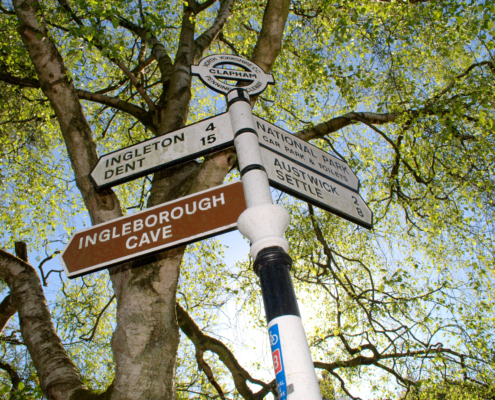 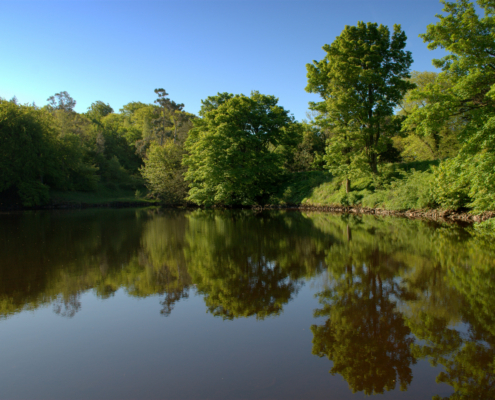 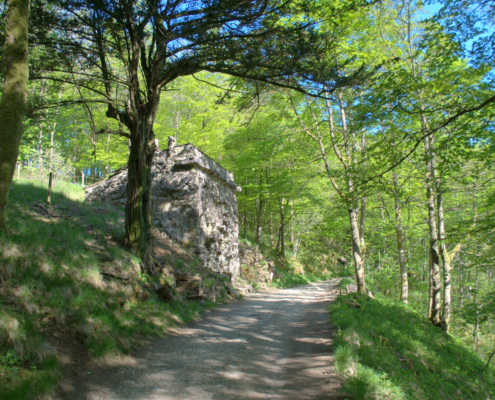 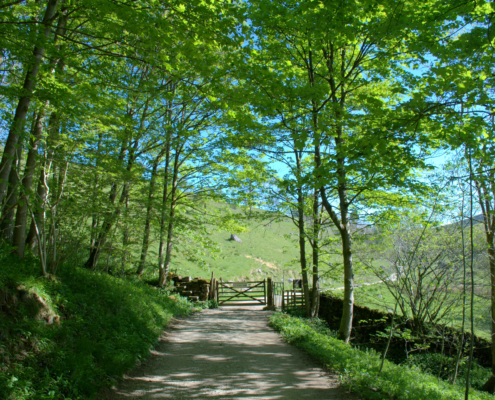 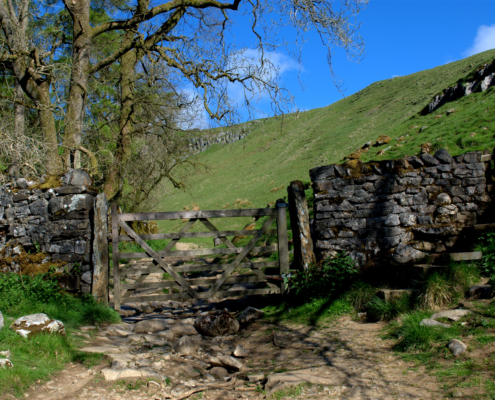 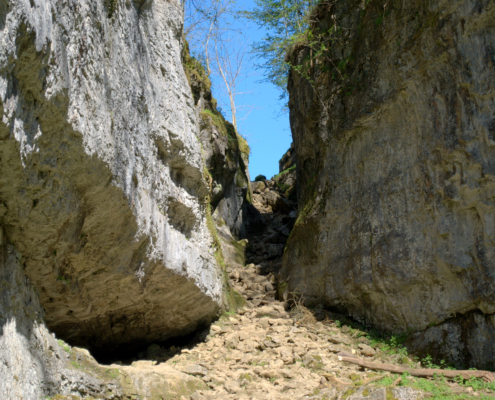 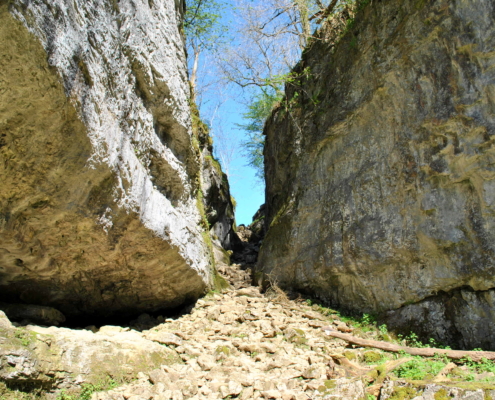 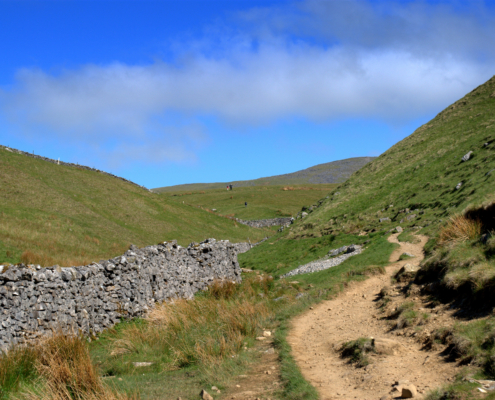 Tim writes (04/11/2020): Ingleborough is perhaps the most impressive of Yorkshire Three Peaks, despite Whernside being the highest mountain.  For years I’d seen its prominent outline from the Forest of Bowland, but rarely ventured over as I was always happy where I was on the Bowland Fells.

However, in 2013 I started getting the urge to explore a little further and took my lad, Jack, into the Yorkshire Dales.  And as soon as I’d done Pen-y-Ghent in April I decided I wanted to do more.  These were of course extra walks as I never abandoned the Forest of Bowland.  In fact, Clapham is pretty much on the border of the Forest of Bowland, so there is very loose argument that this also a Bowland walk!

This Ingleborough from Clapham walk obviously starts in Clapham.  It is a great place to start and finish because the route takes in some wonderful sights as you meander up Inglebough.

As you’re walking through Clapham look out for a nice waterfall on the River Wenning and then you walk along Clapdale Drive, which is a lovely woodland area.  If memory serves me right, there is an honesty box just as you enter.

Soon you pass Ingleborugh Cave (not the famous White Scar Caves) and then onto Trow Gill, which is spectacular limestone ravine.  With cliffs at over 50 metres it is popular with climbers and as you scramble up the rocks to the top you get the feeling there was once a powerful waterfall here.

At the top the views open up and you get a first glimpse of Ingleborough, with the smaller peak of Little Ingleborugh just beneath.  This is where we climb, and on a clear day you can see the path meandering its way up the fell.

Along this path leading to Little Ingleborough is Gaping Gill, I think we stopped for a look but after writing this 7 years later I can’t be sure.  We then tackled the ascending track and after a couple of ‘photo breaks’ we made it up to the top.

All the hard work is done and now it is a steady climb to the top of Ingleborough.  If you’ve never done it before you’ll be surprised at how flat it is at the top.  The views are expansive, on a clear day you can see the Howgills, the Forest of Bowland, the Lakeland Fells and over to the coast.

Our route down took us back towards Little Ingleborough, but then there is a track off to the right-hand side. On reviewing the map I can see we then turned off the traditional track and seemed to go cross-country.  I’m not sure why, possibly a wrong turn (probably) – or I might have seen something I wanted to take a photo of.  I do remember finding some lovely limestone at an area called ‘Grey Stones’ – and then we met the track down to Newby Cote.

From here you walk along the road back into the village.  This route up to Ingleborough from Clapham is a fairly long but very rewarding walk, and writing this today has made me yearn to go back and do it again! 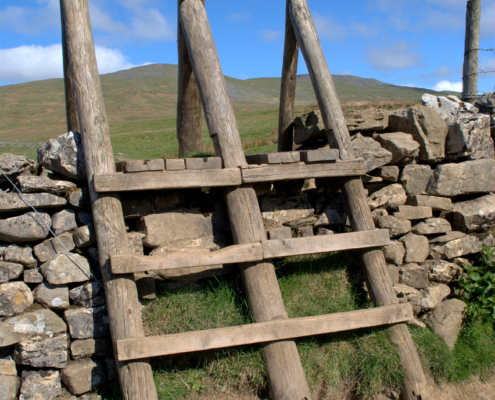 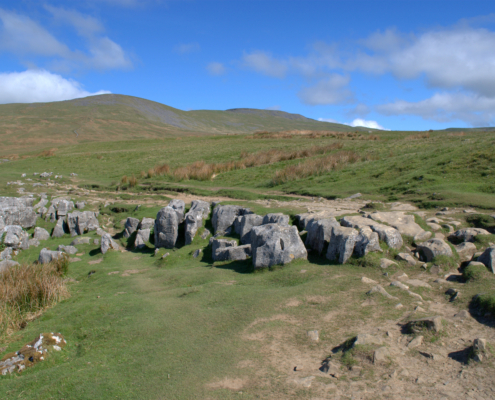 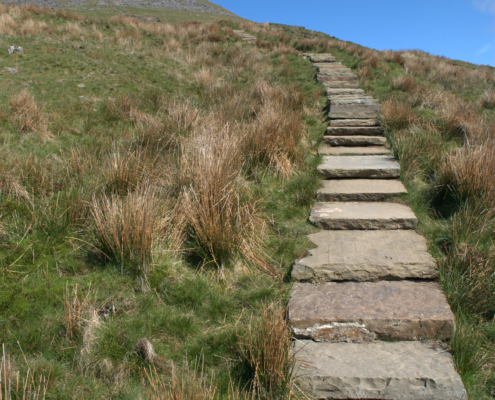 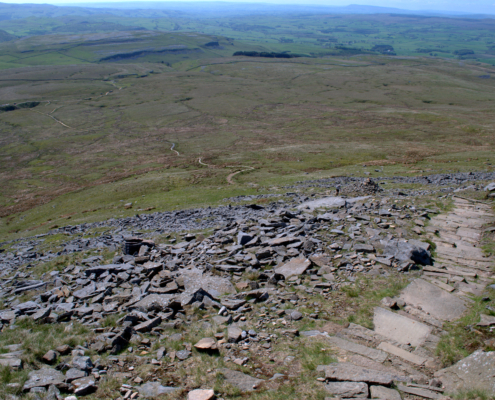 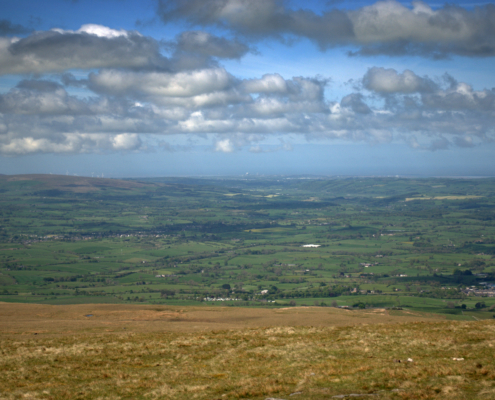 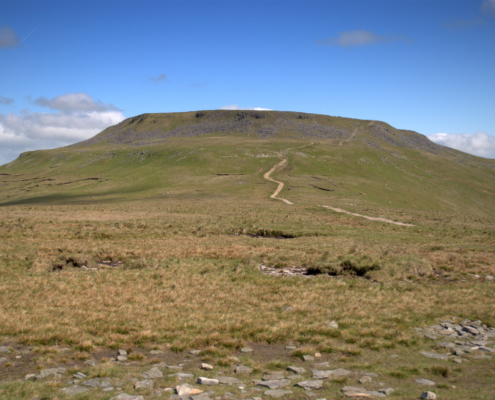 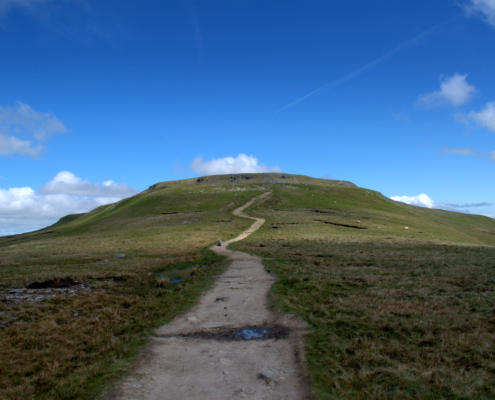 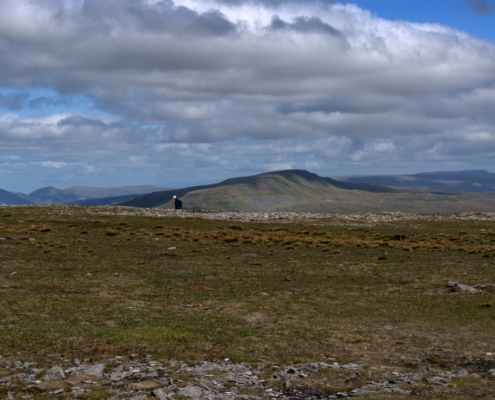 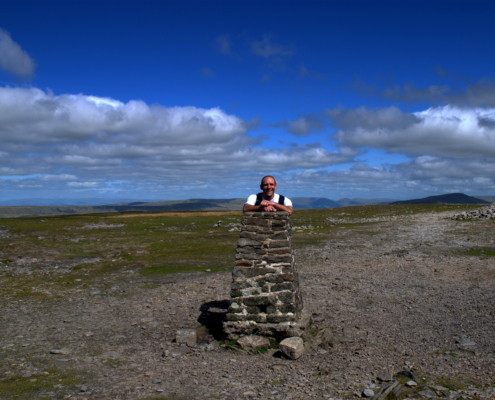 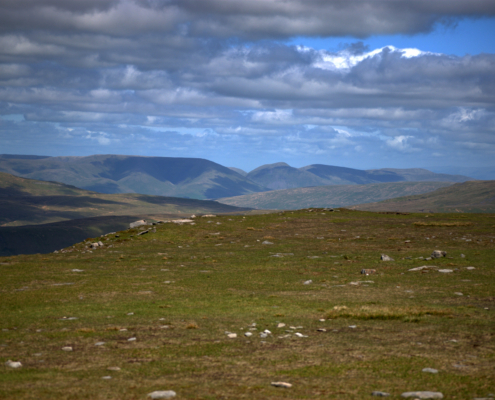 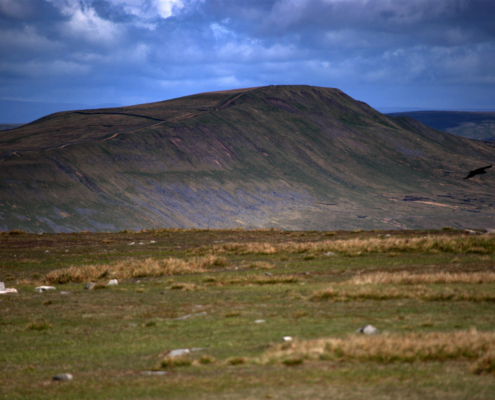 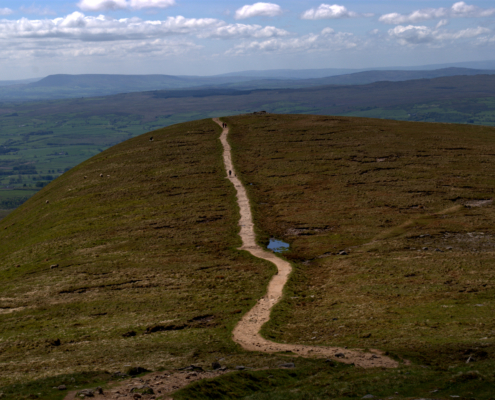 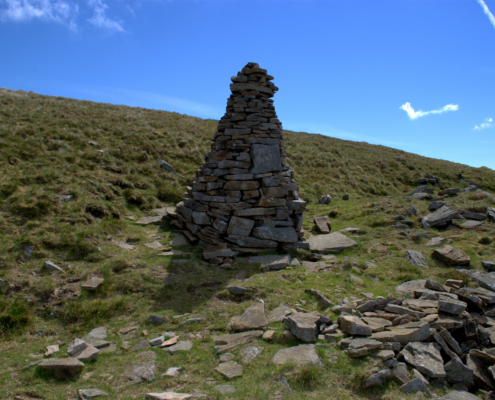 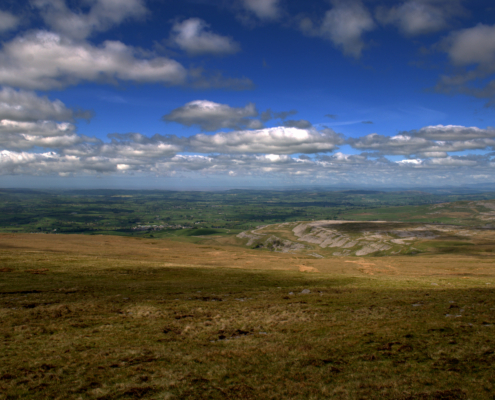 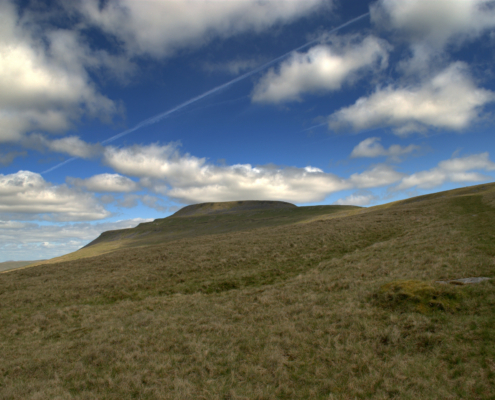 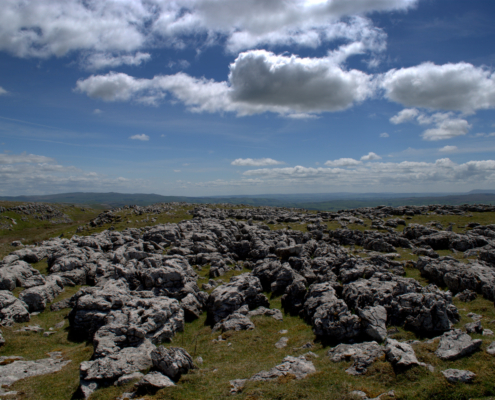 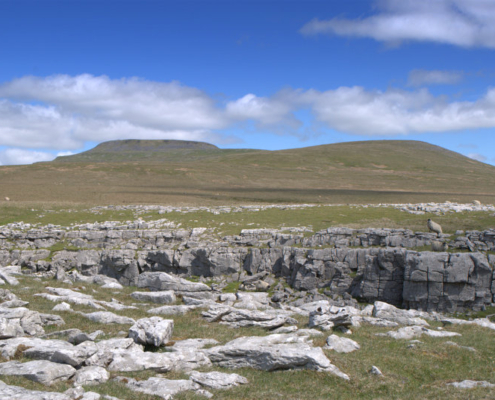 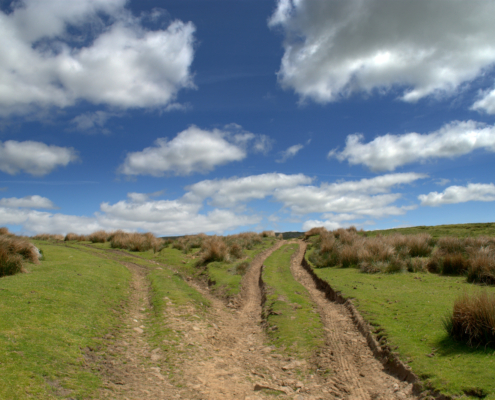 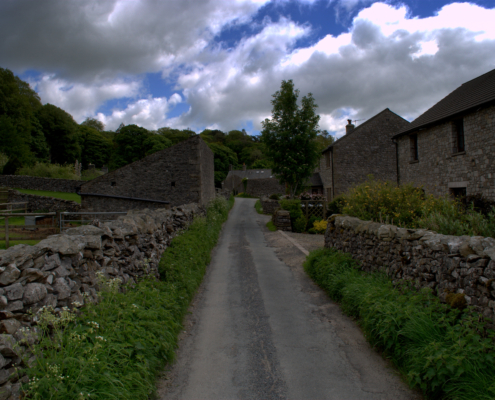