This Hodder Bank Fell walk takes a slightly different route to the last time we walked it, which is here.

The route starts at Dunsop Bridge where there is a car park and cafe.  After a brief walk along the River Dunsop the route takes you over the bridge towards Thorneyholme Hall.  The gate is on the left just before the houses, where you’ll see some wood carvings.  As we’re in the height of summer there’s plenty of overgrown weeds.  Tim was ok but Waj was up to his neck at some points.

After a short walk through the weeds there’s a gate leading into a field where you’ll follow the telegraph poles for a short while before meeting a track which takes you towards Mossthwaite.  Carry on passed Knowlemere Manor  until you get to a bridge called Giddy Bridge.

Now head up up the fell.  The track is not well marked and we took a bit of a wrong a wrong turn, but soon got back on track, heading for a barn marked as Matril Laithe on the map.   Here we met some cows so be cautious if you have dogs with you.

Once onto the fell proper we decided to follow the wall instead of following the track.  Perhaps not a great idea because there is plenty of heather-bashing and it was generally tough going.  In winter it could be very boggy.  However we soon reached the top of Hodder Bank Fell and made our way down towards the track, with views of Birkett Fell ahead.

Tim, as usual attracted all of the horse flies and was often found running in zigzags to escape them.

Soon the route descends down to Fielding Clough which is a pretty valley with summer wild flowers and weeds again reaching head height.  At the bottom is Burholme Farm where we took a slight wrong turn again before getting back on track towards the River Hodder.

In the blistering summer heat it felt great to be by water and shortly along the route you see Langden Brook meet the Hodder.  Then it’s over the footbridge back towards Dunsop Bridge. 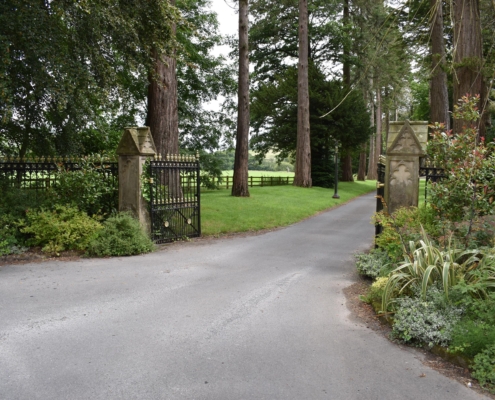 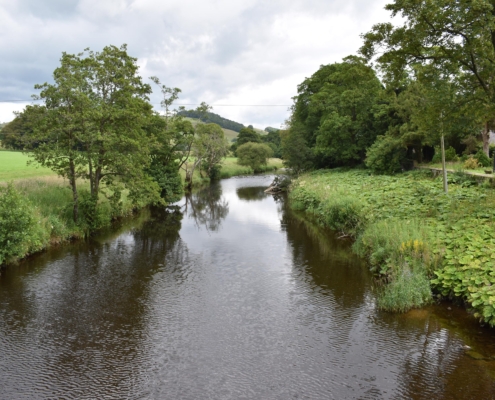 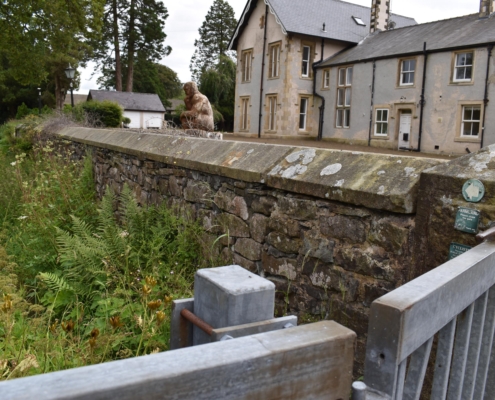 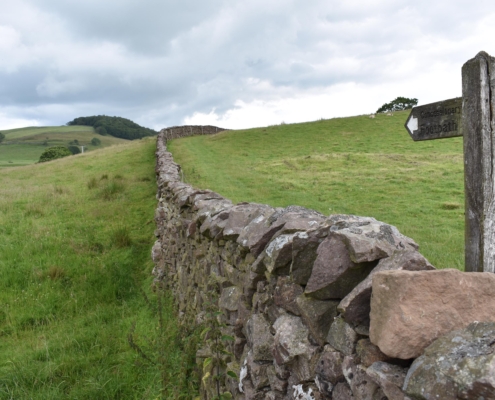 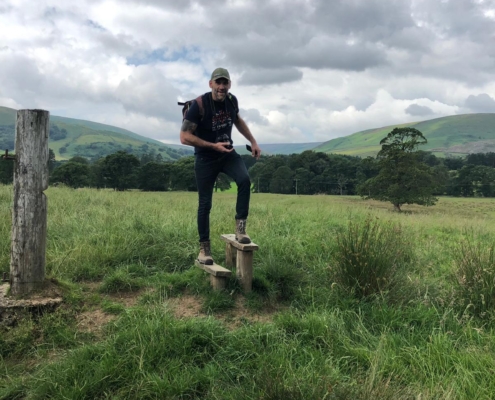 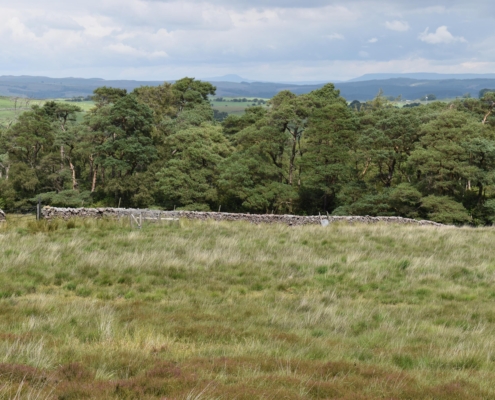 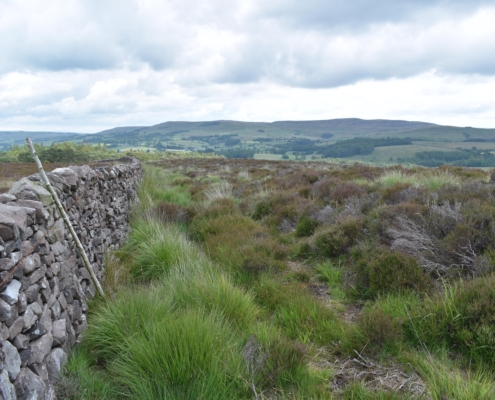 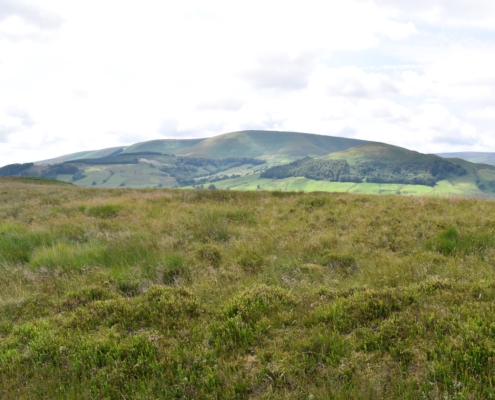 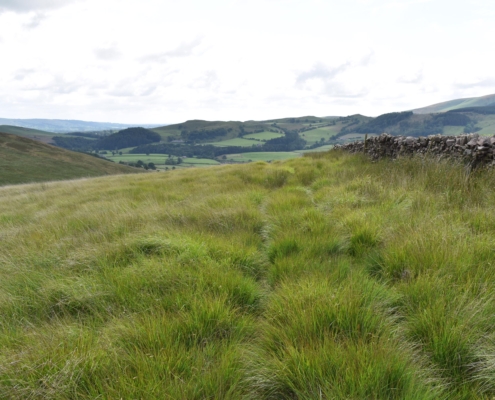 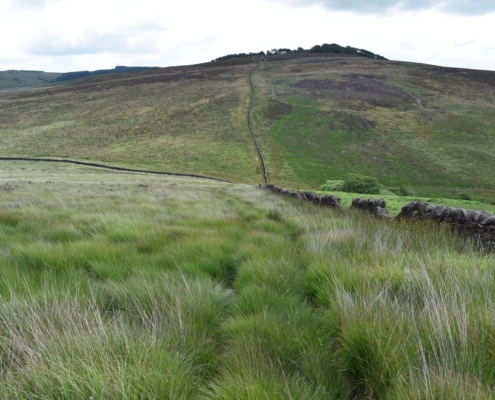 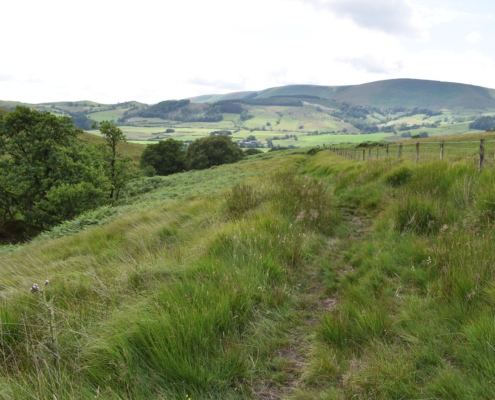 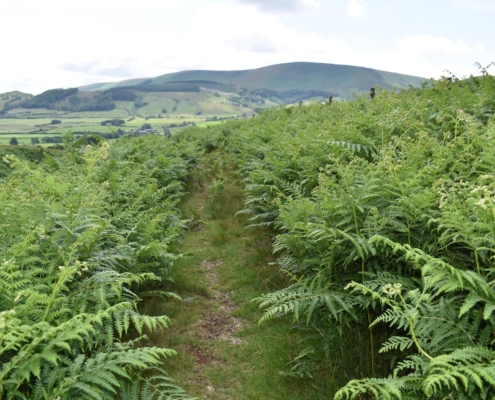 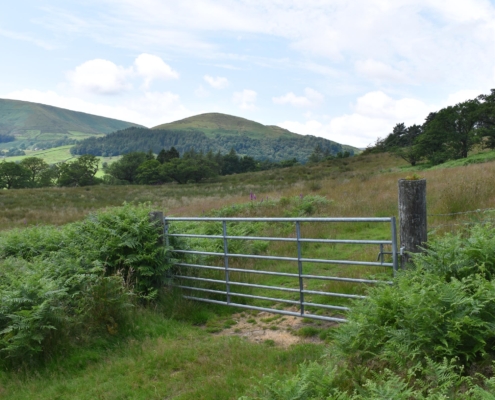 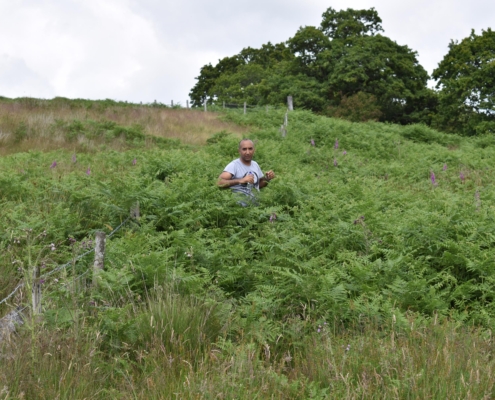 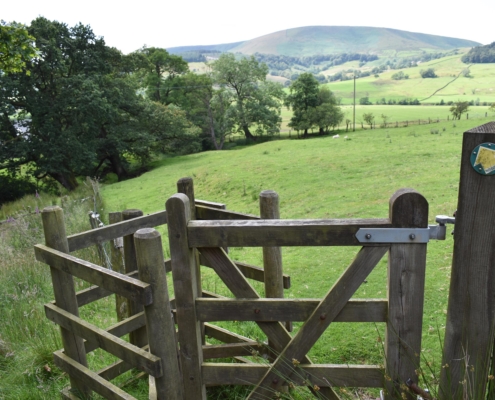 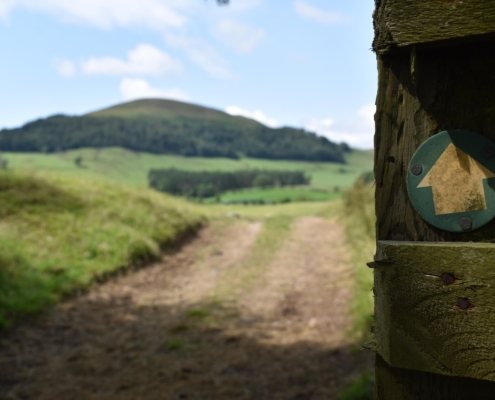 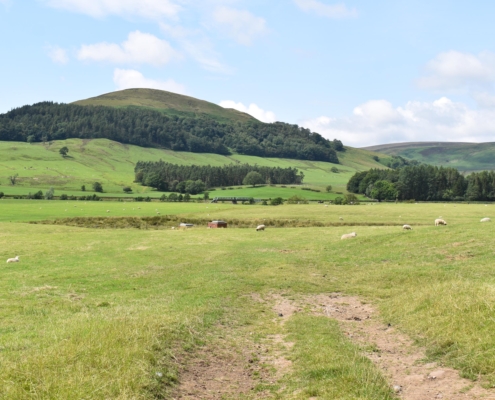 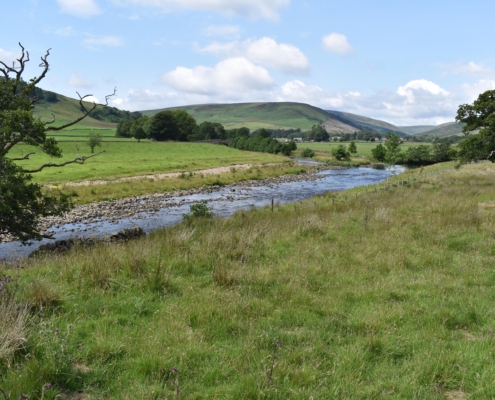 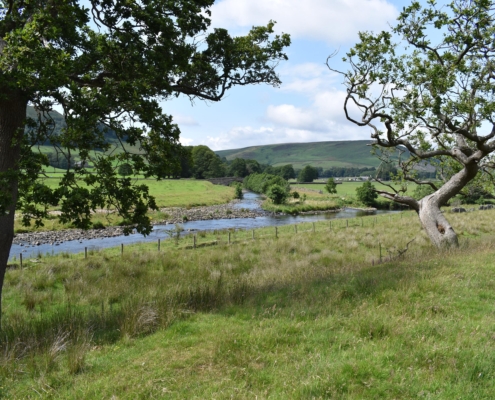 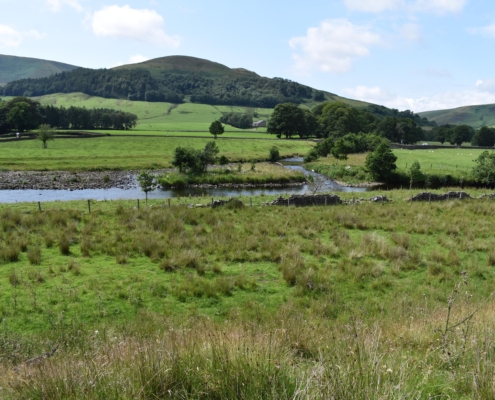 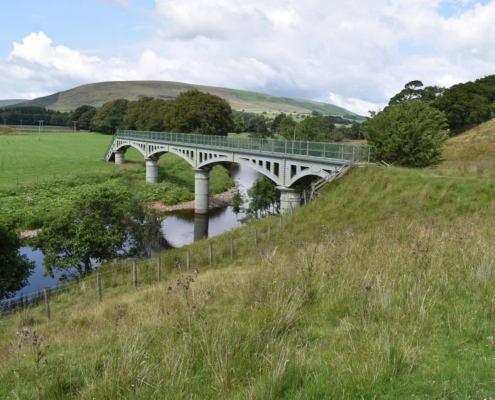 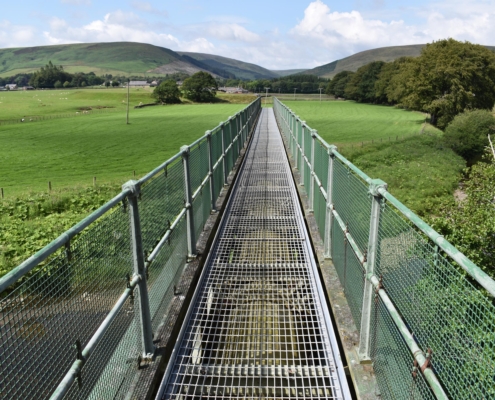 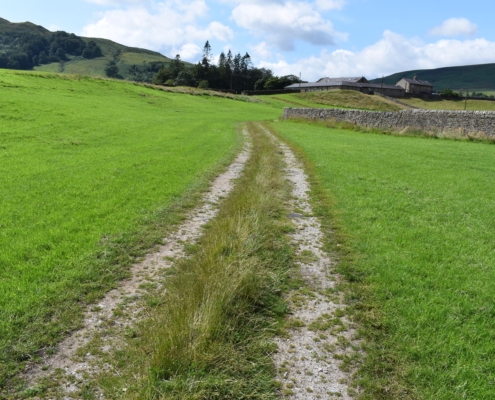 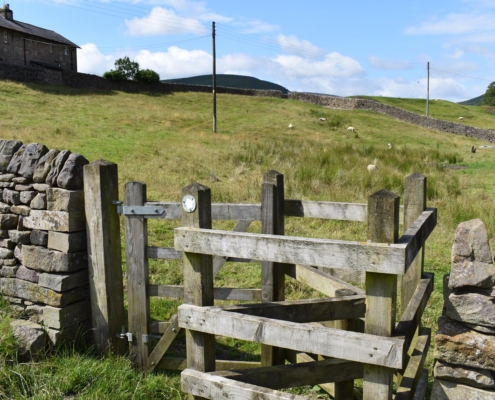