A wintry walk with Jack around Grindleton Fell. 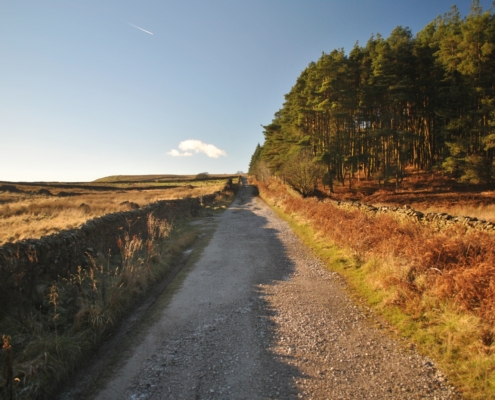 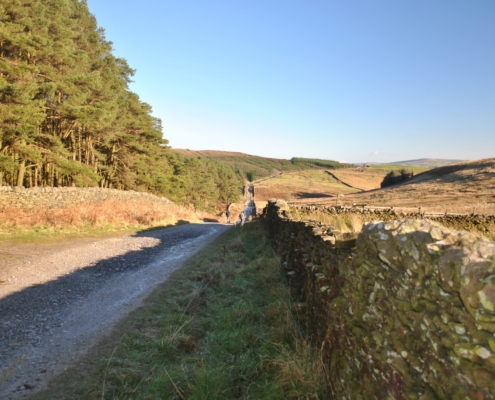 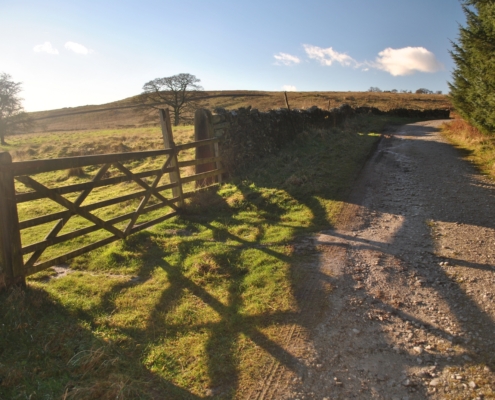 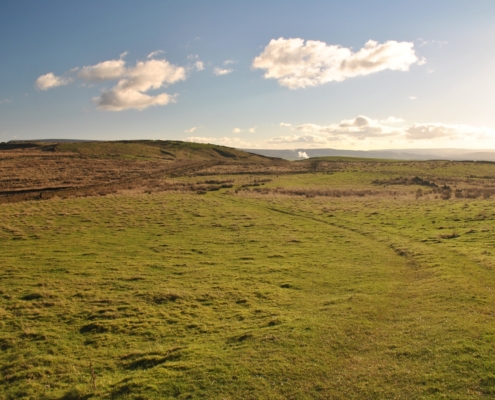 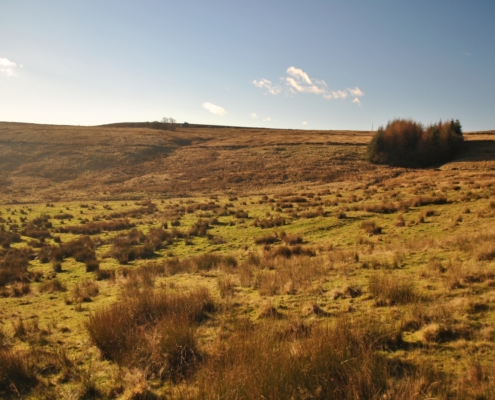 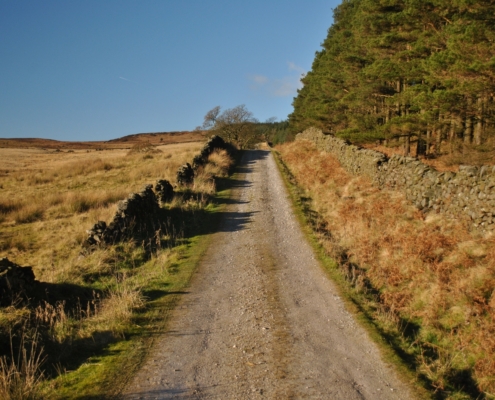 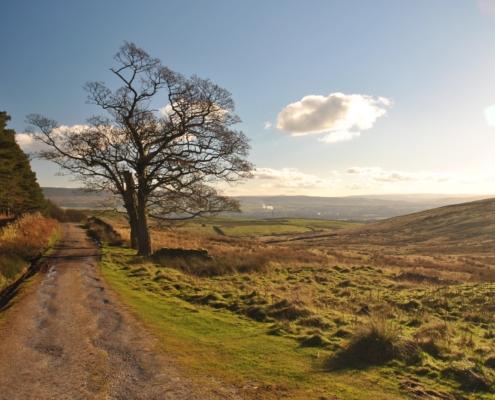 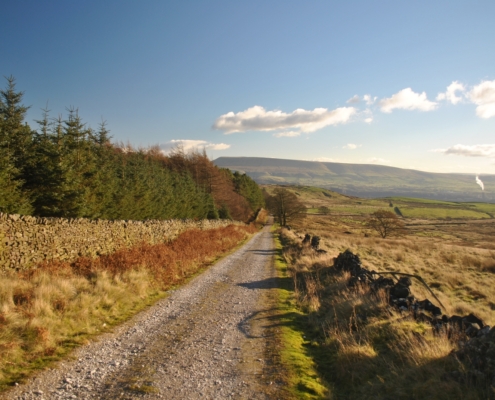 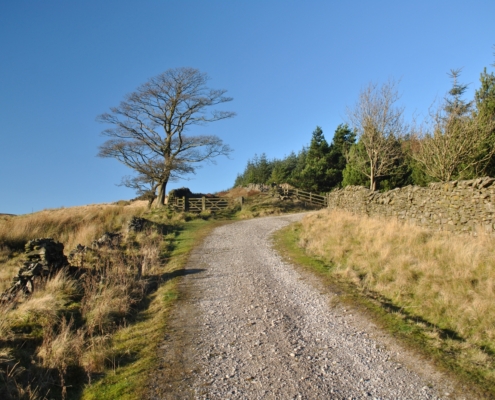 A little to the north-east of Clitheroe is the small village of Grindleton, and Grindleton Fell is just a little further on from the village.  It can be accessed from the A59 via Chatburn, or alternatively you can go through Waddington, where there are a couple of nice pubs.  Off memory, there may be a pub in Grindleton itself – called Duke of York.  There is a Facebook community page here.

To get to the parking spot you continue up ‘Main Street’ until the road turns into a single track lane and you pass a few farms.  We parked on the side of the road where there was enough space for farm vehicles to easily pass.

On foot, along the same road, we continued to ascend up towards the fell  and eventually the road ends and you pass through a gate.  We were soon met with a friendly but terrifying bull so quickly diverted off into the woods.

Grindleton Fell has no trig point and the route takes you back down through Grindleton Forest along paths and farmer’s tracks.  There are parts of the fell that can be very boggy, so good footwear is a must. 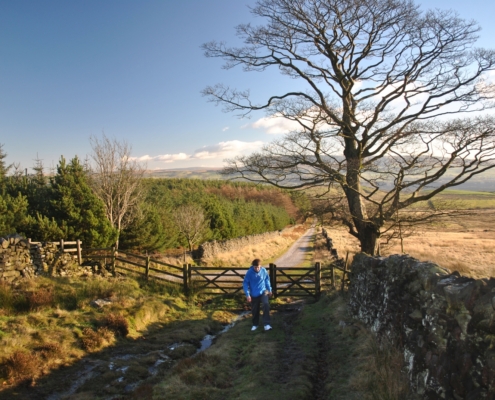 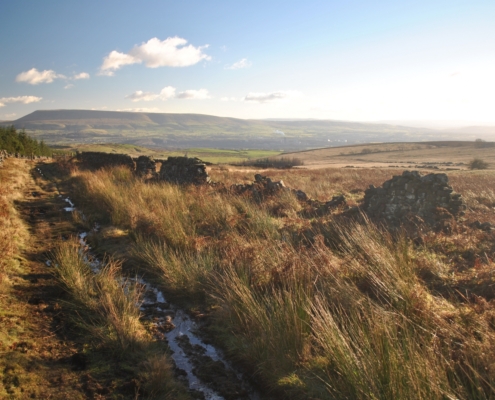 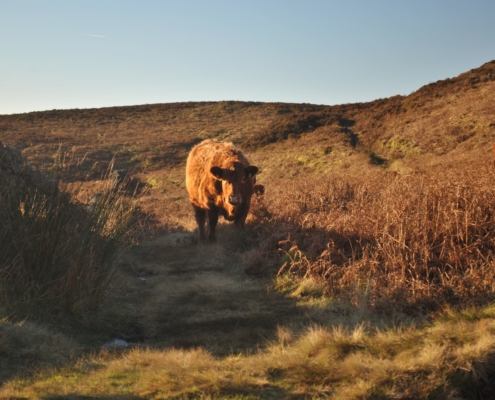 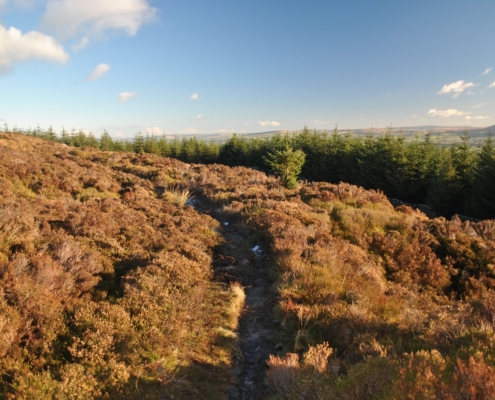 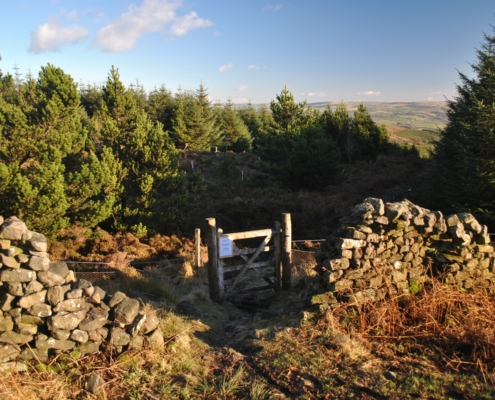 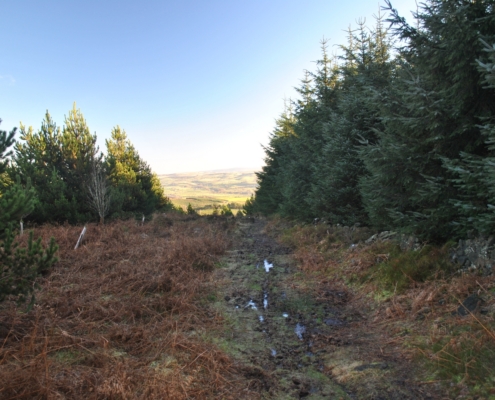 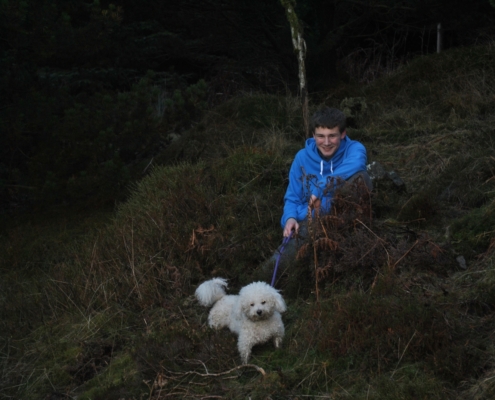 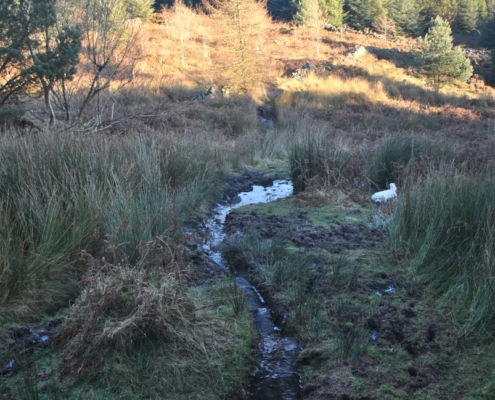 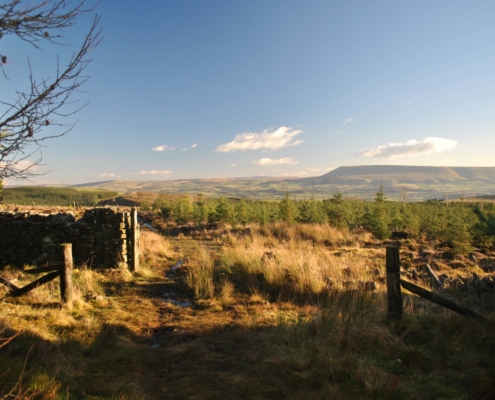 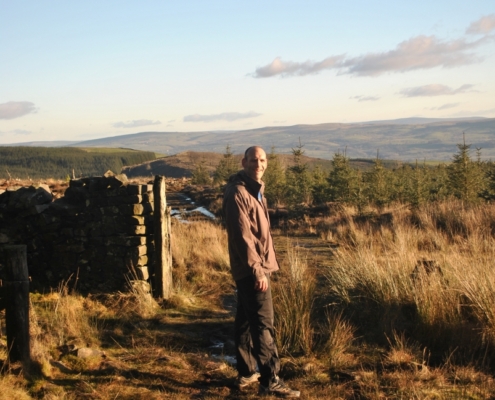 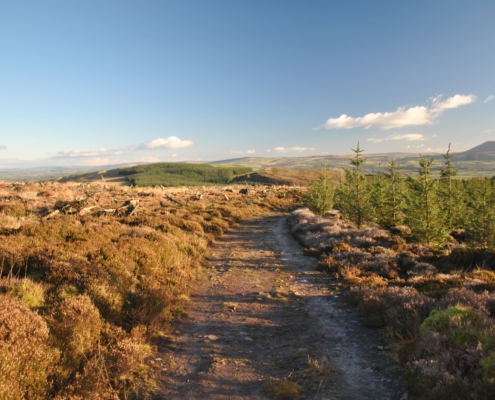 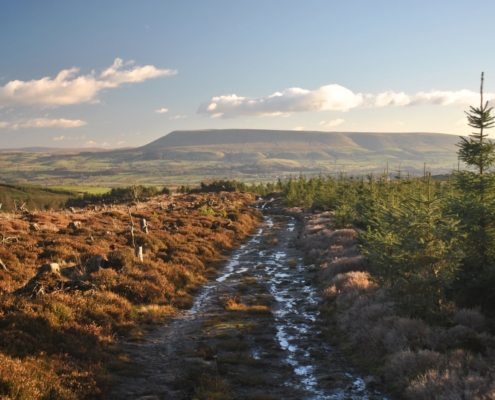 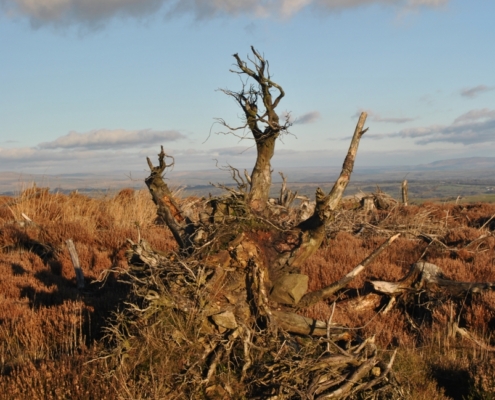 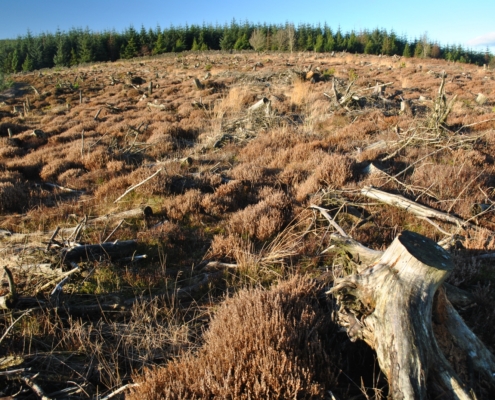 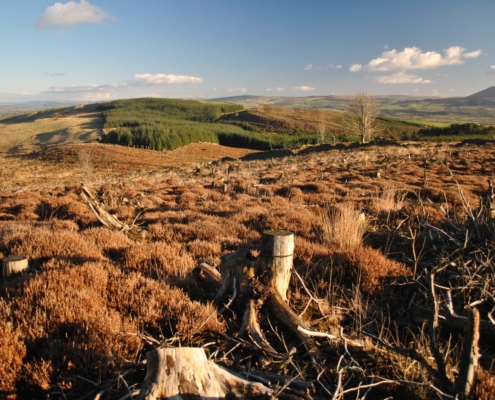 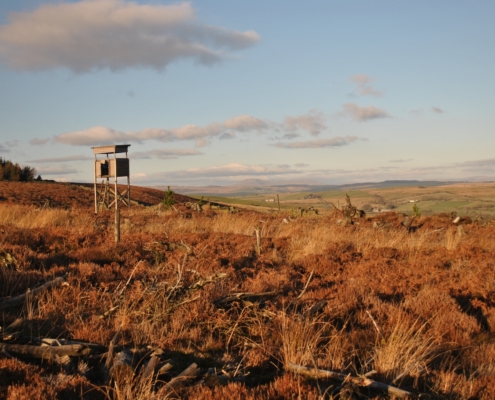 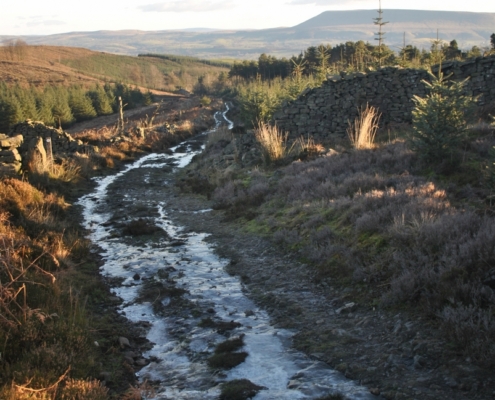 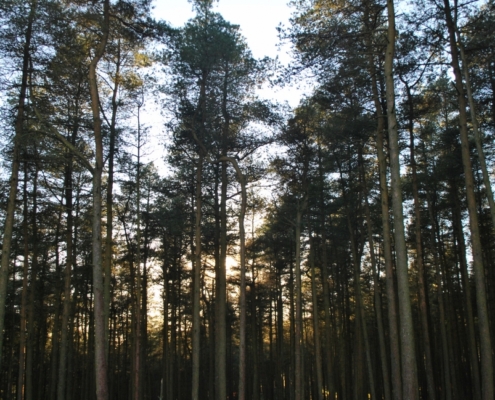 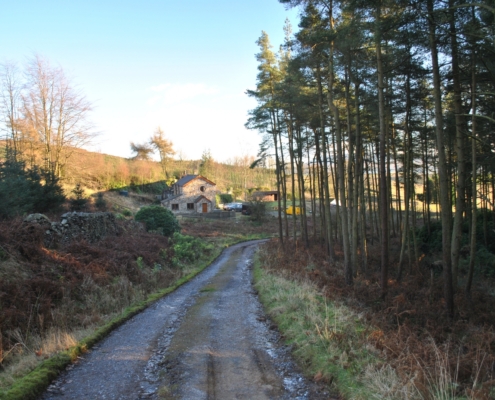 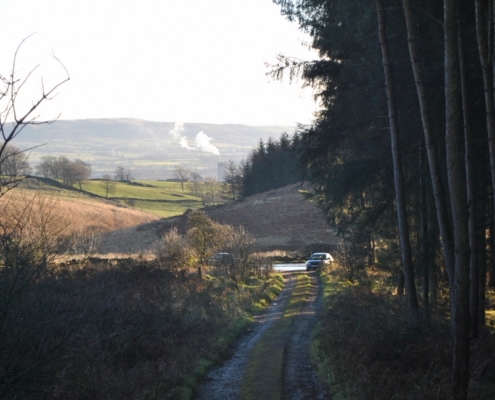 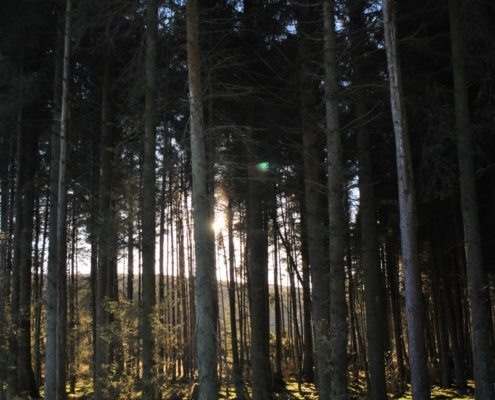